The story behind Monaco's relationship with the Vatican

The story behind Monaco's relationship with the Vatican 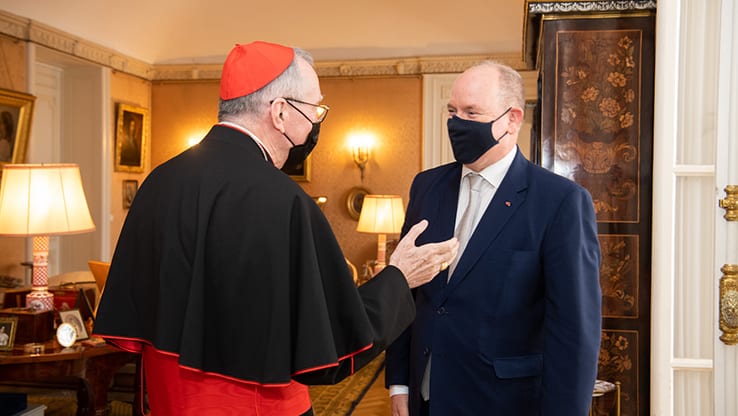 Cardinal Pietro Parolin, Secretary of State to the Holy See, has visited the Principality to celebrate the 40th anniversary of privileged relations between the two states.

In July of 1981, the Holy See and Monaco signed a convention which stated that the Prince of Monaco was willing to renounce rights to appoint the archbishop of the local diocese, leaving it to Rome to fill the spot. This concession led Pope John Paul II to elevate Monaco to the rank of archepiscopal see.

To commemorate this occasion, Cardinal Pietro Parolin paid a three-day visit to the Principality, notably the second smallest state in the world after Vatican City, and amongst other ceremonial events, presided over a papal mass held on Sunday at the Cathedral of Monaco on the Rock.

He spent the afternoon meeting priests and parishioners, as well as celebrating the office of Vespers.

The 1981 Convention is significant in that it gives Monaco a special relationship with the Vatican, as their common religion binds them. Monaco is quite unique in that Catholicism is named in the Constitution as the official religion, the only other country doing so being Malta. The religion is deeply ingrained in the collective psyche of the nation, as well as being a basis for Monegasque identity.

“It is in the DNA of Monegasque institutions,” explains the Vicar General of Monaco, Mgr Guillaume Paris, on the official YouTube channel of the diocese.

Though freedom of religious practice is encouraged in the Principality, the principles of the Catholic Church were adopted as the foundation for legislation and institutions over the centuries.

The attachment between Monaco and the Vatican stretch back to 1247, when Pope Innocent IV authorised the building of a chapel on the Rock. The relations were unchanged until 1868, when Pope Pius IX separated Monaco from the parish of Nice, then in 1887, Pope Leo XIII created Monaco as its own diocese, reporting directly to the Holy See, marking the start of official diplomatic relations between them.

Papal visits to Monaco and diplomatic ones to the Vatican have been fairly frequent throughout the years, with the last being on 2nd February 2019 when Pope Francis received the National Council saying, “The Monegasques can rely on the founding values of the Principality inspired by the Gospel and by its message of love.”