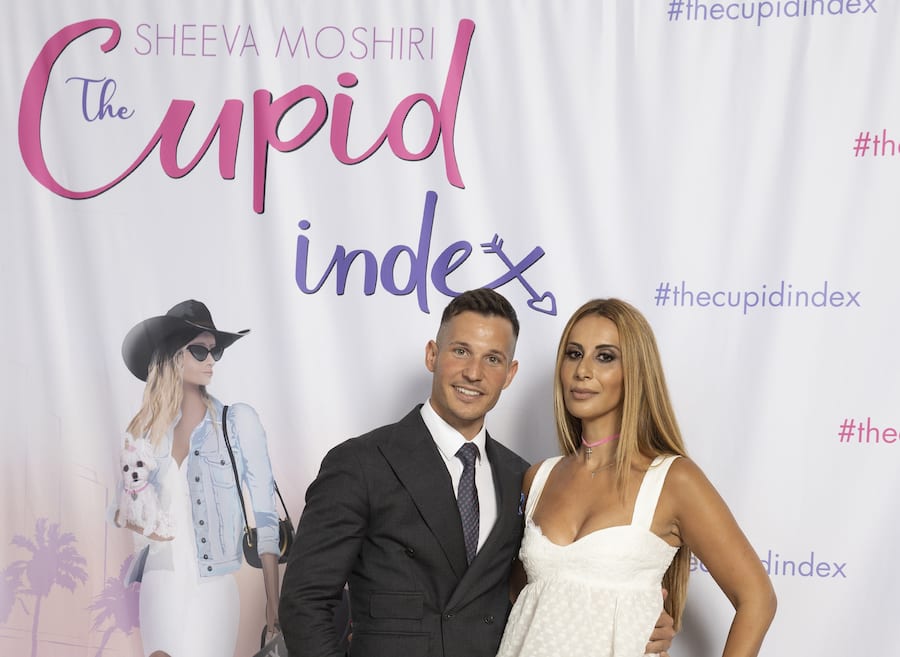 Author Sheeva Moshiri has launched her debut book, The Cupid Index, at the Yacht Club of Monaco, which tells the poignant story of a young Persian woman who dreams of finding freedom and true love.

Sheeva Moshiri has worn many hats in her life, including stints in real estate, fashion, public relations, jewellery design and as a trader of puppies in Europe, but the title she says defines her best is as an author.

The 40-something Moshiri, who impressively speaks five languages and currently lives locally, says that writing is what gives her the most fulfilment, allowing her to express what is in her heart and mind, something not always easy to do for a woman of her background living in the West.

“I am torn between two worlds,” says Moshiri. “I belong to the traditional Iranian world through my family, even though I have never lived in Iran. I also belong to the West. I have spent most of my life in Europe, especially in London where I received my academic education. They are two very different environments for a woman.”

Her story, called The Cupid Index, highlights the struggles of a young woman named Soraya who grew up in the United States, but comes from a traditional family. She spends her time trying to make everyone happy, including herself, which proves to be a difficult task.

Soraya’s family is pushing for her to get married and have children, and whilst she wants those things, she wants them with a person she truly loves, not someone her family has chosen for her. The solution comes in the form of a challenge put forth by her mother: find love in four months or marry a man chosen for her.

This puts Soraya in a race against time and begs the question whether one can find love under these conditions. It also puts her in some interesting situations – some hilarious, some sad, and opens the door to her learning much about herself along the way.

The author says her love for writing came from an early age, but her path was anything but straightforward.

“I always loved writing,” she says. “I was, it seems, quite good at writing in English, or that’s what my teachers always told me. I always had a lot to talk about. Then from the age of 16, I suffered from chronic anxiety.

“I felt very lonely. Writing gave me a form of freedom and helped me to take a weight off my shoulders. Today, I still spend a lot of time alone and it is always easier for me to express myself through writing.”

Her book was a labour of love a long time coming, but one that has given her a chance to mature. It also is a realisation of a life-long aspiration and one that she hopes will continue into the future.

“Writing this book and publishing it has been my dream for a long time. I am deeply invested in it. I put my soul in it. I have other ideas in mind and other experiences to share.”