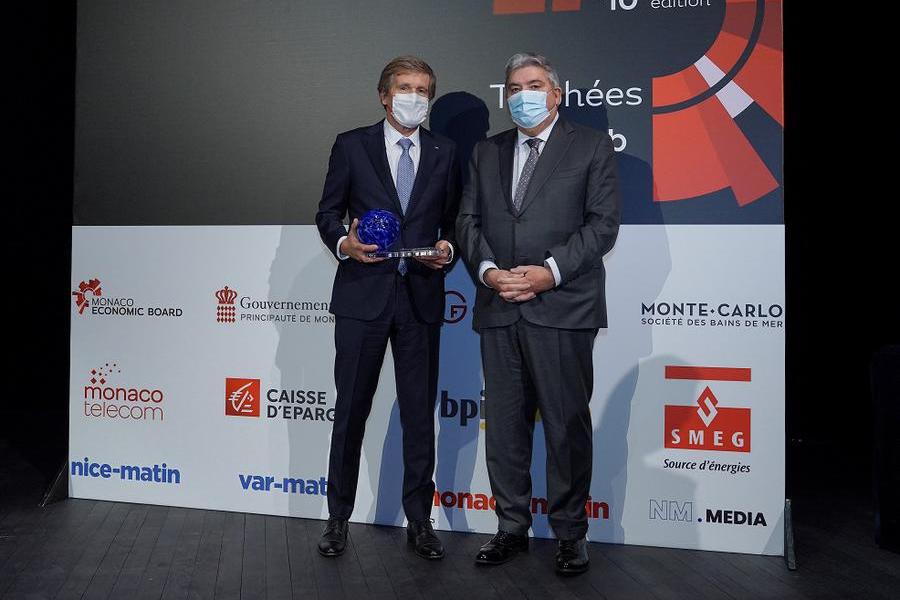 Thierry Boutsen spent a decade behind the wheel of Formula 1 race cars between 1983 and 1993, competing in 164 Grand Prix races, earning himself three wins and 15 podium visits as well as coming in second place two times in the legendary 24 Hours of Le Mans.

After 10 years racing, he retired to Monaco where he established Boutsen Aviation in 1997, a company that sells and acquires business jets. Just a year later, he established, along with his brother-in-law Olivier Lainé, Boutsen Ginion Racing, a team that competes in the World Touring Car Cup and TCR Benelux Touring Car Championships, as well as historically taking part in events such as the European Le Mans Series, Blancpain GT Series and the Eurocup Megane Trophy.

As a distinguished entrepreneur, he was honoured on Tuesday at the 10th edition of the Monaco-Matin Eco Club Trophies in a ceremony organised by the Monaco Economic Board. The event drew many local heavy-hitters and highlighted the dynamism and variety of the Principality’s unique economic fabric, both at home and abroad.

The event also rewarded other outstanding players in local business for their excellence and achievements.

Minister of State Pierre Dartout, addressed the crowd, congratulating the winners as well as the Grimaldi Forum for keeping in compliance to the health situation. He stressed that business and life can only continue as openly as it currently is if everyone continues to stay vigilant and stick to the rules, but even more importantly, that everyone must get vaccinated in order to help curb the spread of Covid.

“Vaccination and respect for barrier gestures are, at this stage, the most effective means to protect oneself and to protect others,” said Dartout. “The vaccine is shown every day to prevent the development of severe symptoms of the coronavirus. As the circulation of the virus intensifies, every effort must be made to ensure that the vaccination intensifies. It is by mobilizing ourselves collectively that we will ensure that the celebrations can take place without restrictions and that we will avoid confinement.”