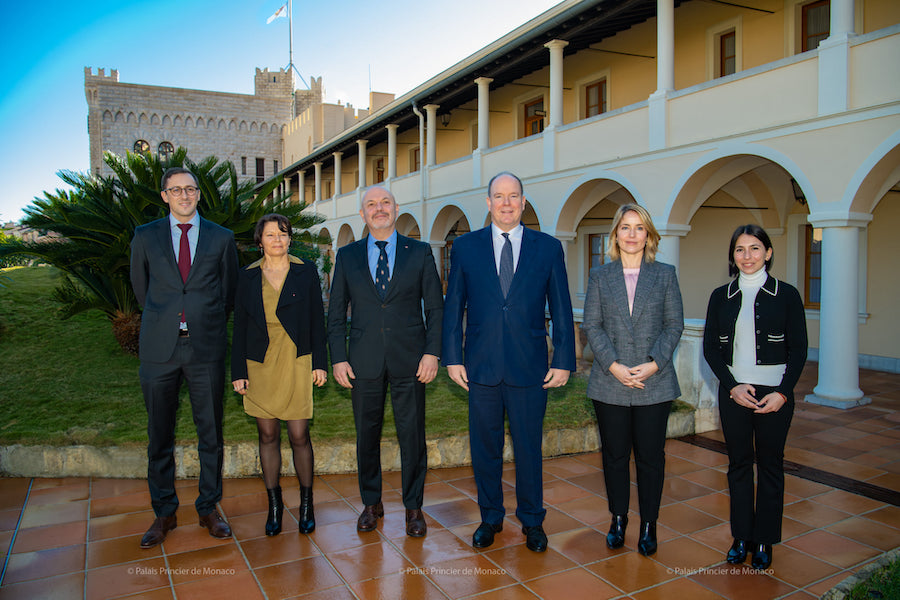 Prince Albert has chaired the first meeting of his new Cabinet headed by Laurent Anselmi at the Prince’s Palace, unprecedentedly made up of half women, half men.

The meeting took place on Monday 17th January with Councillors Sophie Vatrican, in charge of financial and budgetary matters and culture and education, as well as Isabelle Costa who will be responsible for European issues and the health and social sector, Guillaume Pastor who will deal with government relations and supervise the Department of Equipment, Environment and Town Planning, and Julie Donati who will assist the Chief of Staff on matters of External Relations and Internal Security.

Chief of Staff Laurent Anselmi and all of Prince Albert’s new cabinet officially took the reins from their predecessors on 17th January, marking a new type of cabinet where women are equally represented and environmental issues, seeking new revenue streams, fighting corruption and continuing to reinvent Monaco as a smart city are at the top of an ambitious agenda.

Father of two daughters, the 59-year-old Anselmi has a degree in fundamental public law and is well-versed in international relations.

The Chief of Staff spoke to government television channel Monaco Info on Monday after the first meeting took place, saying the Prince had given them a thematic list of his aspirations and expectations, “notably for the attractiveness of Monaco, the digital and energy transitions, and control of public spending”, to name a few.

He said that under his leadership, he is looking to create a think tank-like spirit in the office, where being straightforward is encouraged and hard work valued. Of course, he added, the number one priority is to present Monaco to the world in the best way possible.

“The image of the Principality, its international visibility, as well as in the region and in France, is of course to continue. It’s not new, but it’s necessary to constantly adapt to new technology, new information, to associations,” said Anselmi.