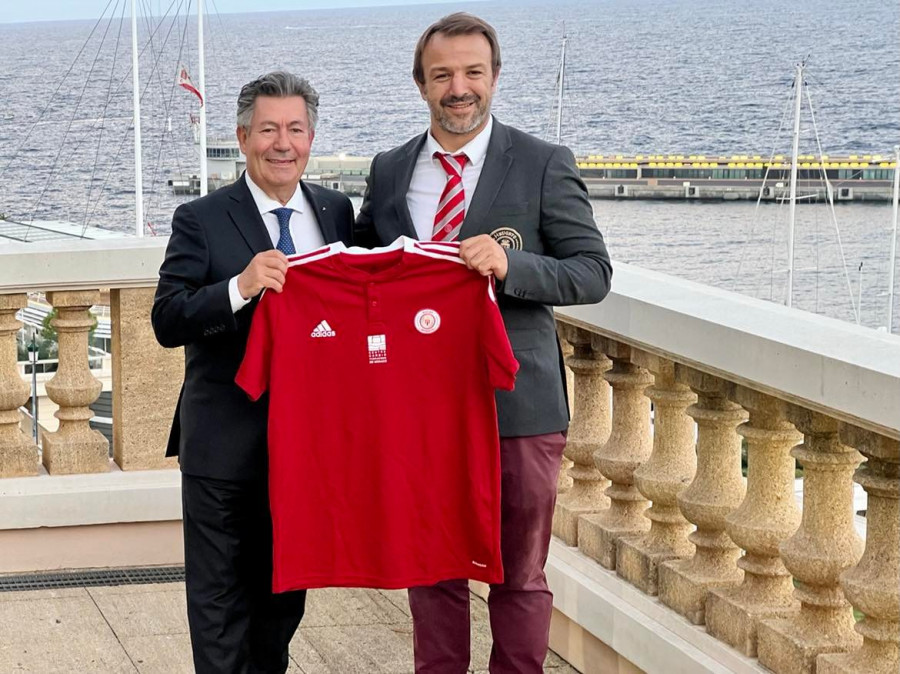 AS Monaco Rugby president Thomas Riqué gave a glowing appraisal of the state of the sport in the Principality during the club’s start-of-season presentation on Monday.

Players, partners and the press gathered on the rooftop of the Cardio-Thoracique centre in Monte-Carlo to herald a new era of ASM Rugby, with the side now competing in the very top amateur division following last season’s promotion to the Fédérale 2.

The event celebrated not only that achievement but also the decade-long partnership between the club and the Cardio-Thoracique centre. The emotion from ASM rugby’s first win in Fédérale 2 on Saturday (24-19 v Saint Jean en Royans) was also still raw, and president Thomas Riqué was quick to congratulate the squad.

“I think we and our partners can be proud of our boys this evening, because what they did on Saturday was quite simply magnificent. Getting to the Fédérale 2, the highest level of amateur rugby, was already an exploit, which proves that we are a good team, but what they did over the weekend was a completely different challenge. I am happy today that we are showing our partners that rugby is strong in Monaco,” said Riqué.

New Monaco manager Walter Argoud added, “The victory was a great thing for the club. We knew it would be difficult, but the players played a great match with a great spirit, which allowed us to get the well-deserved victory.”

At the event, Argoud also set out the aims of the club going into this, the most special of seasons. “The objective is very much to stay up first of all, and if we manage that quickly, we’ll aim higher, but we need to keep our feet on the ground,” he said.

Monaco next face one of the favourites in the championship, Montmélian, on Sunday.

Photo of Guy Nervo and Thomas Riqué by Luke Entwistle