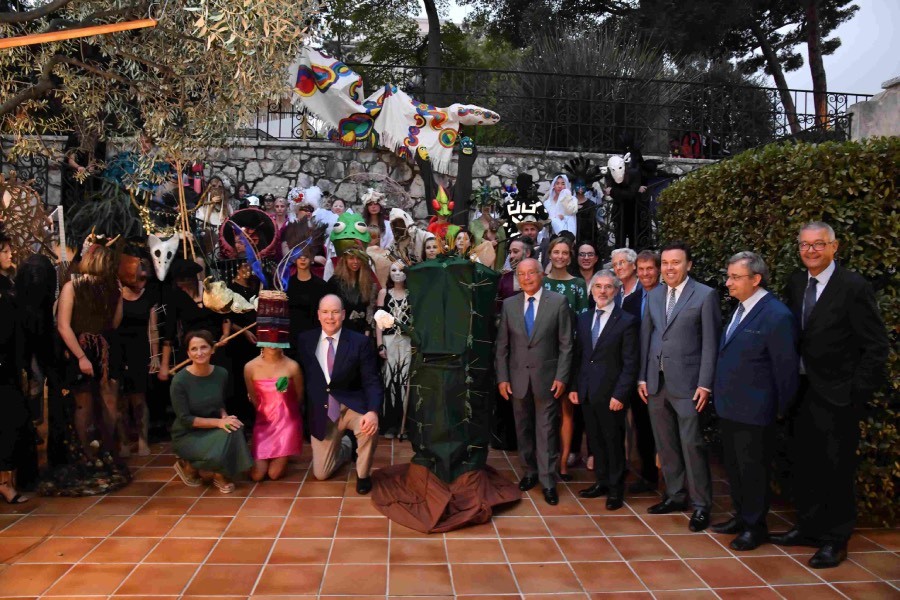 European Heritage Day in Monaco celebrated its 24th year by letting visitors enter the normally hidden world of the Monaco Scientific Centre. More than 40 institutions opened their doors to share experiences around Monaco’s heritage and the most popular, not surprisingly, was the Prince’s Palace while a highlight was a special parade by the students of the School of Fine Arts.

Each year since 1994, the Heritage Institute and Monaco’s Cultural Affairs Department have given thousands of people access to the Principality’s legacies as part of European Heritage Day. Along with the 49 other signatory nations of the European Cultural Convention, Monaco institutions have opened doors to let the public explore the rich heritage each nation has to offer.

This year, the Monaco Scientific Centre granted one day only access to allow people to visit their laboratories and present the work from their three primary concerns: marine biology, medical biology and polar biology.

This highly educational event took guests on a journey around the globe, as scientists explained their work with penguin populations in the Antarctic, were given the opportunity to see living coral under a microscope and assess its health by certain criteria, and finally, observing cancer cells in conjunction to the medical research work being done at the centre in the field of cancer treatment.

More than 170 people in 16 groups took advantage of the chance to come to the centre and ask the researchers questions about their work, as well as give them a greater understanding of the high level of involvement the Principality has in the domain of research and science on a worldwide scale.

A total of 17,155 visitors came to discover the wealth of the Principality’s heritage on Sunday 29th September. Among the most visited sites were the Prince’s Palace (2,231 visitors), the Oceanographic Museum (2,095), the Exotic Garden (1,853), the Car Collection of HSH Prince of Monaco (1,500) and the Museum of Prehistoric Anthropology (1,238).

This year, the International Circus Festival of Monte Carlo opened the doors of its Big Top for the first time. 1,000 visitors came to attend demonstrations by the circus school ‘Tous en piste’ and the Femina Sports de Monaco. Workshops were also held in the morning and an exhibition of unique circus pieces from the private collection of Dr. Alain Frère was on show.

The theme this year was ‘Arts and entertainment’, and included circus, theatre, ballet, graphic art, radio and other art forms inspired by entertainment.

A highlight of the day was a costume parade organised by students from the School of Fine Arts (ESAP) – Pavillon Bosio, in the Court of Honor of the Town Hall, to celebrate the school’s 50th anniversary. The show was prepared entirely by young artists – costumes, scenography, soundtrack –  and featured 50 original costumes reflecting on the theme of the forest.