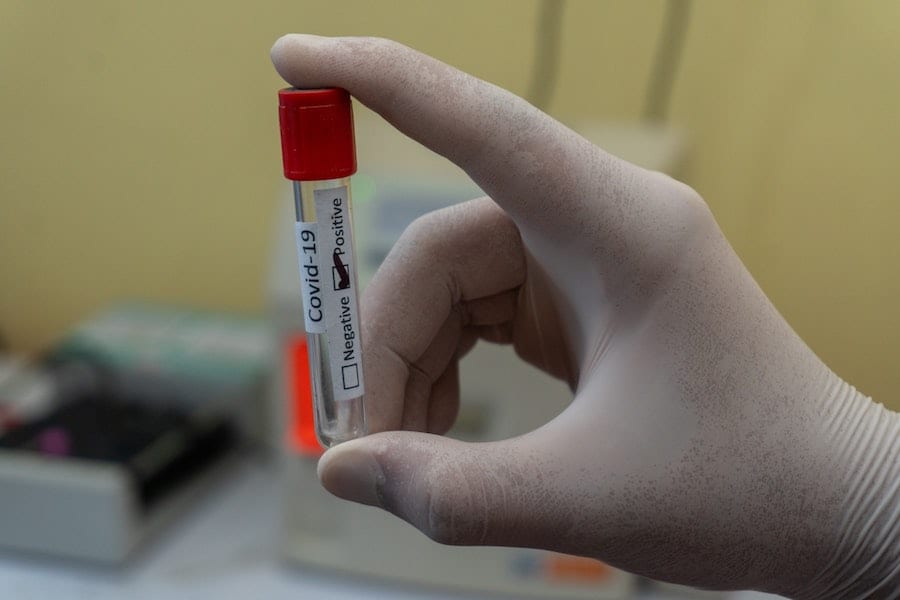 The government has extended the support it will provide for employees in self quarantine for three days as they await the results of a PCR test.

As part of the fight against the spread of the Covid-19 epidemic, the Prince’s Government last month suspended the three-day waiting period in the event of a work stoppage for PCR screening.

The measure has now been extended to 28th February 2021.

It means that if an employee or civil servant of the Principality is asked to not work and self-isolate while they wait for the results of a PCR screening test, they will receive daily allowances by the CCSS or the SPME from the first day, guaranteeing 50% of their total daily salary.

According to the government, and depending on the provisions applicable in each company, the employer may also provide funds to fill the gap.

“The suspension of the waiting period makes it possible to support employees and civil servants in respecting the isolation measures that the loss of income suffered during this period could discourage,” said the government in a statement.

Monaco employees were requested to work from home from 8th February where the position allows.

Business & Finance Cassandra Tanti - March 18, 2020
The government will be closing down all of its construction projects and road works by the weekend, however preparation works for the Monaco Grand Prix will continue.

Weekly markets: Is the US labour market...

Business & Finance Staff Writer - October 14, 2019
With the fourth quarter of 2019 finally underway, markets await third-quarter (Q3) gross domestic product (GDP) readings to assess the resilience of the global economy, which significantly slowed in the second quarter. The first major country to report GDP is China, which is expected to slow further amid ongoing trade tensions. Although China-US trade negotiations restarted at the beginning of the month, little progress has been made, with both countries entrenched in their positions. While Chinese Q3 growth has likely been supported by a more dovish monetary policy, after the People’s Bank of China lowered banks’ reserve rate over the summer, further easing is unlikely. We believe that a boost in fiscal policy and a truce with the US, in particular, should be the most effective tools to sustain the economy. In the US, the negatives of rising protectionism and a global slowdown have so far been contained to the manufacturing sector and mitigated by the US Federal Reserve’s more dovish stance. However, with weakness in manufacturing now spreading to services, it will take more than accommodative policies to ease investors’ concerns. Markets will welcome any signs of stabilisation in September’s industrial production and a pick-up in October’s Federal Reserve Bank of Philadelphia business index following last month’s disappointing print. That said, a sustained rebound in business activity will be contingent upon progress on the trade front. The eurozone’s harmonised index of consumer prices and UK’s consumer prices index are both due out next week and are likely to be on the soft side in September, providing a tailwind to consumers. A combination of low inflation and steady wage growth has helped boost consumer purchasing power over the year. Household spending has effectively kept afloat European economies in 2019 in the face of Brexit woes and external demand shocks. However, while the Brexit saga unfolds, investors should keep an eye on sterling as sharp currency depreciations could lead to a significant pick-up in UK inflation.

While global manufacturing is contracting and services activity has been slowing, consumers’ health has been resilient so far. Monitoring consumer spending is critical in assessing whether a recession is brewing, given that consumption is the single largest contributor to most economies’ growth. Unfortunately, the labour market tends to be a lagging indicator and so its predictive abilities are limited. Yet, we believe it can help confirm or counter signals sent by other indicators. In particular, the weekly jobless claims statistics are helpful in tracking tipping points in the labour market. And here, signs are rather encouraging. Indeed, the series’ four-week moving average remains well below its long-term average. In fact, according to US Federal Reserve economist Claudia Sahm, a prolonged and significant deterioration in the labour market is needed before a recession becomes a real possibility. Indeed, according to Sahm’s work, which has predicted every recession since 1970, the three-month average unemployment rate needs to climb by 0.5 percentage points from its lowest level over a period of 12 months for gross domestic product to contract for more than two consecutive quarters. For more information contact Barclays Private Bank in Monaco by clicking here or on +377 93 15 35 35