Through the eyes of a prince

Through the eyes of a prince 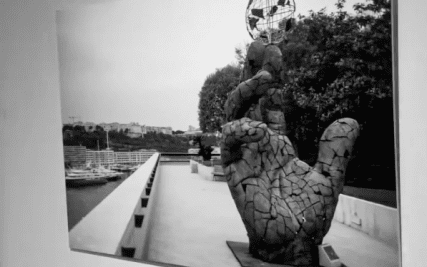 Prince Michael of Yugoslavia has combined his love for Monaco and passion for photography in one exhibition titled ‘Promenade dans Monaco’ at the Banque Havilland Monaco.

Prince Michael of Yugoslavia has worn many hats in his life. He has tried his hand at careers as diverse as investment executive, real estate broker, socialite and philanthropist. But his true passion is photography.
Using his love of the medium combined with considerable talent, he joined with Banque Havilland Monaco to organise an exhibit of his works “inspired by life in the Principality”.
Promenade dans Monaco is a series of snapshots of life in the Principality featuring unique seaside perspectives, iconic landmarks and beautiful landscapes to portray the country in all its diversity.
“I am happy to present my exhibition Promenade dans Monaco held at the Bank Havilland in Monaco,” Prince Michael said on his social media page alongside sample pieces from the event.
The exhibition was made possible through Banque Havilland’s programme to promote local artists and personalities.
Son of Prince Alexandre of Yugoslavia and Princess Maria Pia of Savoy, Prince Michael cultivated a passion for photography in his childhood and has participated in several exhibitions both in the US and across Europe. He credits his love of art to his mother, who had an excellent eye.
“Since we were not rich, rather than buying, my mother was often changing the placement of furniture (in our home). Volumes and perspectives were always evolving,” he says, reminiscing on his entry into the world of visuals.
As a young man, his royal family was forced to live in exile. As a result, he spent a lot of time travelling and this is where his appreciation was cultivated further. “On each trip I would visit art fairs. I was reunited with a whole group of friends in all these large cities. During these years, I would sharpen my look on art and paintings, but also on photography.”
Prince Michael’s style has been called “well-groomed and rigorous, where every detail is thought of” allowing people to see Monaco with fresh eyes and new angles.
The exhibition began on 1st January 2021 and will run until the end of April at Banque Havilland Monaco on Boulevard des Moulins. Visits can be made by appointment only.