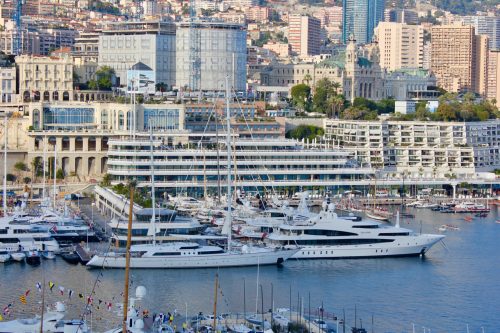 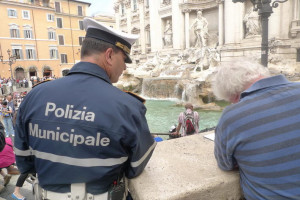 Halliday painting Trevi Fountain in Rome. Photo: camburnfineart.com[/caption] British artist Alan Halliday, whose paintings caught the eye of the Monaco Embassy earlier this month at the Berkeley Square Art and Antiques Fair, has been invited to draw the dancers of Les Ballets de Monte-Carlo. The history of this distinguished ballet company goes back to Diaghilev and the Ballets Russes, the dance tradition which Halliday has drawn and painted for the last forty years. Camburn Fine Art says that Halliday, who has more than 100 exhibitions worldwide, is arguably the best interpreter of theatre performances since Walter Sickert, and has produced a body of work that has involved all the major ballet companies including the Bolshoi, the Mariinsky and the Royal Ballet, Bejart, Stuttgart Ballet Dutch National Ballet, New York Ballet, Cincinnati Ballet (artist-in-residence there in 1996), the Caracalla Dance Theatre in Beirut and English National Ballet, where he is still resident artist; theatre companies such as the Royal Shakespeare Company at Stratford-upon-Avon, the Royal National Theatre, the Peter Hall Company at the Old Vic, and Shakespeare’s Globe Theatre in London. Philip Franks, RSC actor and National Theatre director, has said of Halliday’s work: “Theatre is almost impossible to record, but Halliday’s paintings are alarmingly successful. They have the accuracy of observation, selectivity of memory and the intensity of imagination. They are what it was like.” Halliday, who now lives in France, by the Loire, was described by The Times art critic John Russell Taylor as having a style that is “ boldly calligraphic. Even his large-scale oil paintings depend largely on the definition of effective line while his smaller works in ink, gouache and pastel are built on a structure of amazingly fluid, spontaneous strokes of the pen; but they are in fact more than that. While the line may define the form, it is the colour which gives it form and life.”

Local News Staff Writer - June 21, 2018
SBM has revealed higher revenues for the financial year 2017-2018. The figures were disclosed on Wednesday, June 20, at a press conference.