The Monaco Athletics Federation has announced that fans can now purchase tickets for the upcoming Herculis EBS meeting, set to be Monaco’s first major event since the lockdown was ordered in March.

Organisers revealed on Monday that spectators are able to book their tickets for the evening of Friday 14th August at Louis II for the highly anticipated meeting.

Despite the global crisis, the federation says it has managed to confirm the participation of reigning world champions Joshua Cheptegei – winner of the 2019 Diamond League over 5, 000m, Sifan Hassan – winner of the Diamond League 2019 over 1,500m and 5,000m, Yulimar Rojas – quadruple world champion in the triple jump, and the French hurdler Pascal Martinot-Lagarde – bronze medalist at the Doha World Championships and French record holder in the 110m Hurdles.

The Monaco Athletics Federation is expecting “many other champions” to join them in the coming weeks to participate in the Monaco stage.

The organisers say the highest health measures will be adhered to for the event: “In close collaboration with the Monegasque public authorities, Wanda Diamond League and World Athletics, the organisation works to ensure the best level of health security for the public and the athletes while offering a very high level of competition.”

The French Athletics Federation announced on 26th June that the meeting in Paris, rescheduled for 6th September, had been cancelled. 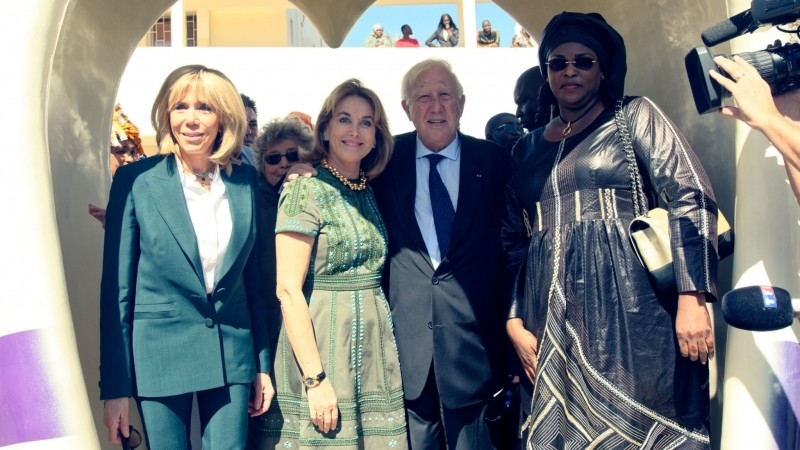 Photo: http://www.fondationcuomomonaco.org[/caption] Monaco’s Cuomo Foundation inaugurated the Cuomo cardio-pediatric centre in Dakar, Senegal, on February 2, in the presence of France’s First Lady Brigitte Macron and Marième Sall, her Senegalese counterpart, local French language daily Monaco Matin reports. The centre covers more than 2,200 square metres and in addition to two operating theatres has associated resuscitation, hospitalisation and consultation suites. The centre aims to perform 500 surgical procedures a year, to make a massive difference given that between 800 and 1,000 children are born in the country each year with congenital heart disease. Founded in 2001 in Monaco, the Cuomo Foundation, chaired by Maria Elena Cuomo, works in the fields of education, culture, and the environment.

Devendra Fadnavis with wife Amruta and daughter Divija. Photo: Mediabuzzpr[/caption] A delegation from Monaco met Maharashtra Chief Minister Devendra Fadnavis on Wednesday, May 9, and invited him to participate in the Green Energy Forum Meet in Monaco scheduled to be held on June 26 and 27. Eric Villalonga, President of Chamber of Renewable Energies and Ecology of Monaco, and two other members met Fadnavis at his official residence, Varsha, in south Mumbai, a release issued by the Chief Minister’s Office said. Villalonga informed Fadnavis that more than 50 countries will participate in next month’s Green Energy Forum. Prior to that, a brainstorming session will be held over the issue of forthcoming challenges and solutions in the energy sector. During the meeting, the delegation briefly presented the measures taken on energy production, management and hydroelectricity in Monaco, according to Press Trust of India.