Mathilde Lemoine, the top analyst at the Edmond de Rothschild Banking Group, was a special guest speaker at Top Marques in Monaco earlier this year.

Writing in the bank’s latest global macro-economic projections, published on Monday, June 12, the Group’s Chief Economist pointed out that the focus for international financial experts has partly moved from the US to China. She has also warned that the 39 percent rise in oil prices between the summer of 2016 and February 2017 has weighed on household consumption in both developed and emerging countries.

Ms Lemoine forecasts that over the next few quarters, global GDP growth could remain buoyant despite the negative impact of the recent decline in commodity prices on emerging market exports. Moreover, the slowdown in inflation is expected to push up domestic demand, she added.

“That being said, consumer prices should continue to rise, albeit at a slower pace than at the beginning of 2017. As a result, inflation is likely to remain higher than in 2016 and thus keep real interest rates at a low level. However, the tax cuts announced by the US President should not be implemented before the beginning of 2018, as we had already anticipated.”

China is one of the world’s primary consumers of raw materials: it absorbs two-thirds of global iron ore imports and half of zinc, copper, steel and aluminium imports.

“This shifting of the Chinese economic policy has largely contributed to the acceleration of inflation and world trade,” Ms Lemoine states. “The latter benefited from the improved terms of trade of commodity-exporting countries. It has also been driven by strong household consumption and the resumption of the industrial cycle, insofar as international trade is still very dependent on investment. After falling by 18 percent between July 2014 and January 2016, world exports have grown by more than 6 percent in value since the summer of 2016. Eighty-four percent of this acceleration came from emerging market imports and 66 percent from imports from Asian countries alone,” Ms Lemoine writes.

Since tax cuts in the US have not yet been implemented, and there will be a time lag before they feed through to the US economy, the key player for global GDP growth is Xi Jinping, not Donald Trump, she argues.

Turning to Europe, Lemoine notes that the various financial authorities are determined to save the euro at all costs.

“Since 2010, heads of state and government leaders have steadily strengthened the eurozone’s financial architecture. The European Stability Mechanism that can raise funds to be lent to distressed eurozone countries, the ‘two-pack’ and the ‘six-pack’ – which allow more efficient monitoring of budgetary policies – the importance given to structural reforms via the Treaty on Stability, Coordination and Governance, or the Single Supervisory Mechanism, which gives the European Central Bank the means to monitor the eurozone’s banking and financial system, are all reforms that show the governments’ determination to save the euro at all costs.”

Indosuez’s Davis Hall: Gold is a must-have for diversified portfolios

Sarkozy hit by another political blow 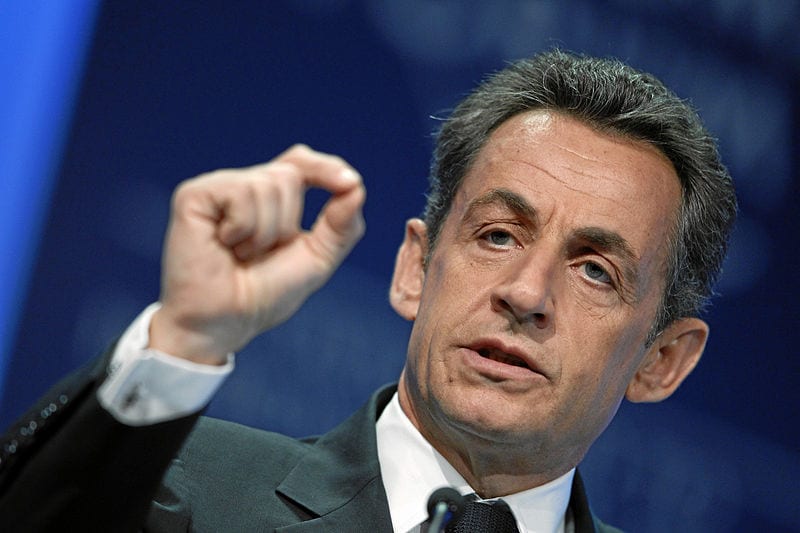 Nicolas Sarkozy. Photo: World Economic Forum[/caption] Nicolas Sarkozy should face trial along with aides on charges that his unsuccessful re-election campaign four years ago received illegal funding, French prosecutors reportedly recommended on Monday. The move is a major blow to the former French president’s hopes to run for re-election next year just days after he announced his decision to join the race, the UK’s Daily Telegraph reports. Mr Sarkozy, whose book, “All for France”, released end of August, topped the Best Sellers List after selling 32,000 copies within the first three days, was already under formal investigation in the affair, and prosecutors feel there is sufficient evidence against him and 13 other party members, for the case to go to trial. Investigating magistrates now have one month to make the final decision on whether the case should come to court, meaning their ruling could come just days before presidential primaries of Mr Sarkozy’s Republicans party, held on November 20 and 27. The case initially centred on allegations that false bills via an events company called Bygmalion amounting to €18 million were used to mask the fact that Mr Sarkozy’s party – then called the UMP – had massively surpassed campaign spending limits in 2012. The inquiry then widened last October to include another €13.5 million. Illegal party funding carries a maximum prison sentence of a year and a €3750 fine. In France, campaign spending limits for the 2012 presidential election were €22.5million, a figure his party is accused of vastly surpassing.

Local News Gabrielle Darricarrere - August 10, 2018
Arriving to Rampoldi is already a promise to enter into one of Monte-Carlo most exclusive, private and glamorous legend