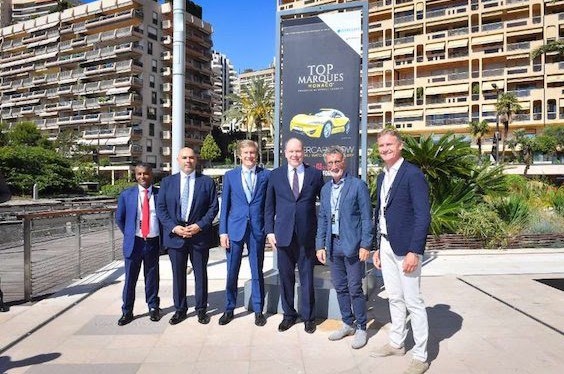 The highly anticipated supercar exhibition Top Marques is underway at the Grimaldi Forum. Now in its 16th year, the show highlights not only rare cars but also yachts, two-wheeled vehicles, accessories and products linked to the industry, as well at least six world premieres.

Among some of the most interesting and exciting stands were a 100% electrically-run yacht from X-Shore, the anticipated road-worthy formula one prototype Zacaria SC, the new ‘Made in Monaco’ electric bike brand from Stajvelo, a six-wheeled, single axis all-terrain vehicle from Australian company Ferox, the new offering from McLaren – the Grand Tourer, and a limited edition Aston Martin DBS Superleggera, modelled on the car James Bond drove in On Her Majesty’s Secret Service.

Top Marques runs from 30th May to the 3rd June from 10am to 7.30pm. Tickets are available on the website www.topmarquesmonaco.com, except for 3 June which is an invitation only event.