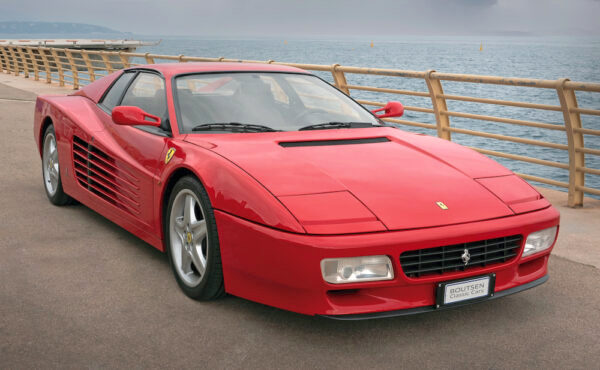 The prestigious supercar show Top Marques will this year feature over 50 of the world’s rarest and most beloved sports cars from the 1950s to the 90s, alongside its impressive line-up of luxury contemporary toys.

Top Marques has been dazzling visitors for 17 years with its astounding array of supercars and prototype models, giving car enthusiasts drooling material to last them for months.

Now, there is even more reason to check out the iconic car show. The organisers of Top Marques have announced they are adding a classic car department to the show, giving them a massive 3,000m2 space for viewing the best of the past.

Collectors will be able to see, and purchase, over 50 of the world’s rarest and most beloved sports cars from the 1950s to the 90s, offered by leading dealers from all over Europe.

The new department will be launched in collaboration with Retromobile and Boutsen Classic Cars, the company founded by former Formula 1 driver Thierry Boutsen. Some of the highlighted vehicles include a Maserati 3500GT Superleggera from 1960, a 1960 Ford Shelby GT40 listed on the Shelby American World Registry, and a Ferrari 512TR dating from 1992.

At the Dream Car Performance stand, car buffs can check out a Lamborghini Diablo GT-RS driven by Le Mans driver Gérard Larousse, a Jaguar XRJ 15, which took first place in Monaco in 1991, and a Ferrari F40.

Ferrari lovers will be captivated by, amongst other rarities, the 1974 Ferrari 246 GTS Dino and a Ferrari 365 GTC from 1969, as well as a Bizzarrini 5300 GT Strada from 1967 on display from Swiss dealer Rebellion Motors.

Other exhibitors in Top Marques’ classic car section will include DPM Motors, Brabus Classic, British and Sportscar, Monaco Luxury, LRS Formula, and the Cars Collection of  Prince Albert of Monaco.

For more information or to purchase tickets, visit the event’s website on https://www.topmarquesmonaco.com/en/