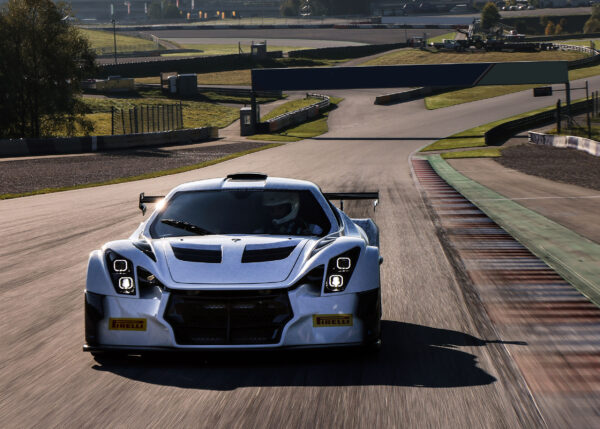 The 17th edition of Top Marques will see even more supercars and hypercars than ever before, as well as a flying motorbike from Japan.

After a two-year suspension because of the Covid pandemic, the world’s most prestigious car show returns to the Grimaldi Forum from 9th to 12th June, hosting 110 cars, 15 motorbikes, three aerial vehicles and a collection of superboats and water toys. The latest instalment will also showcase 10 world launches, three European launches and five avant premiere supercars that have never been seen in the Principality of Monaco before.

As well as the iconic brands such as McLaren, Aston Martin and Maserati, more niche manufacturers such as Pininfarina, Aznom Automotive and Picasso automotive will also be on display. There will also be three flying launches, including the Xturismo flying motorbike from Japan.

Top Marques Vice-President Salim Zeghdar said in a press conference on Wednesday that, “the aim of Top Marques is to present the extraordinary supercars and hypercars of today and tomorrow. As examples of today’s supercars, we have vehicles from the likes of Bugatti, Ferrari, Lamborghini, Rolls Royce and Bentley.”

He continued, “Top Marques will also present the most extraordinary classic cars from the 50s to the 90s… including vintage F1 cars driven by legendary drivers, historical cars and especially for those who have not yet bought it, the very last James Bond’s DB5 Aston Martin, which will be for sale at Top Marques for €3 million.”

There will be VIP events on offer, including a preview of the vehicles on Wednesday 8th June. Guests in attendance will also have the opportunity to win a five-night stay at the Brando, on Marlon Brando’s island in Polynesia.

In addition, Monegasque automobile influencer GMK will be participating in the event. “I am very happy to welcome GMK to Top Marques,” Zeghdar said.  “This is the first time an influencer from Monaco with several million followers has agreed to be our ambassador.”

Local News Cassandra Tanti - December 17, 2020
Sporting a new punk-style undercut, Princess Charlene, together with Prince Albert and their children, have handed out gifts to Monaco’s littlest citizens at the Prince’s Palace.

Meditation and Diplomacy with Miriam Belov at...

Local News Staff Writer - January 21, 2019
Miriam Belov, founder of Wellness Agenda and Creative Concentration, gave a presentation at the Permanent Mission of the Principality of Monaco to the UN.