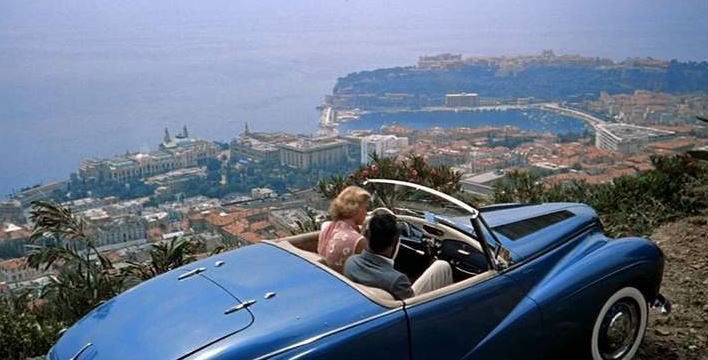 A 1954 Sunbeam Alpine, the car driven by Grace Kelly in the 1955 Hitchcock classic To Catch a Thief, will be exhibited at the Top Marques show in Paris next month.

Acquired by the Collection of Cars of HSH the Prince of Monaco in 2012, the ice blue version of the same car famously driven by his mother in the film along the Moyenne Corniche, with a terrified Cary grant at her side, will be on display at the Retromobile show in the French capital in February.

The car was lovingly restored to be an exact replica of the Sunbeam from the movie and is an extremely rare example.

As an added treat, Top Marques has invited Thierry Boutsen, former Formula 1 and endurance pilot and owner of his latest venture, Boutsen Classic Cars, to join them at their stand in Paris, who will be available to meet the public and sign autographs over the weekend.

Top Marques’ participation at the Retromobile exhibition, held annually at Porte de Versailles, marks a new strategic partnership between the two entities. This has prompted Top Marques to announce the addition of two full spaces for their upcoming event held every June in Monaco, which will be devoted exclusively to classic cars.

Top Marques fans will therefore not only be able to wonder at the supercars, hypercars and latest novelties in the world of automobiles, but will also be able to step back in time to marvel at the graceful lines and cool elegance of cars from days gone by.