Home Sports Top seeds through to third round, Thursday’s line-up

Top seeds through to third round, Thursday’s line-up

Excitement is mounting at the Monte-Carlo Rolex Masters as top seeds make their separate ways towards the final rounds. Current Number One Andy Murray beat Gilles Muller 7-5, 7-5 after a slow start while Rafael Nadal won against Kyle Edmund in a much closer match that lasted more almost two hours and twenty minutes to give the nine-time champion victory 6-0, 5-7, 6-3.

Murray admitted to being rusty after an elbow injury, saying he had only started serving properly four or five days before the match.

Meanwhile, third seed Stan Wawrinka beat Jiri Vesely of Czechia 6-2, 4-6, 6-2 to make his way into the third round.

According to many tennis aficionados, Nadal may well be on his way to his 10th Monte-Carlo victory. He stands 58-4 at the Monte-Carlo Rolex Masters since 2003 and has won $5.5 million at the venue. Such is his expertise, that the Spaniard has been credited with using time as a weapon on court, adjusting the length of each match to suit himself and not his opponent. 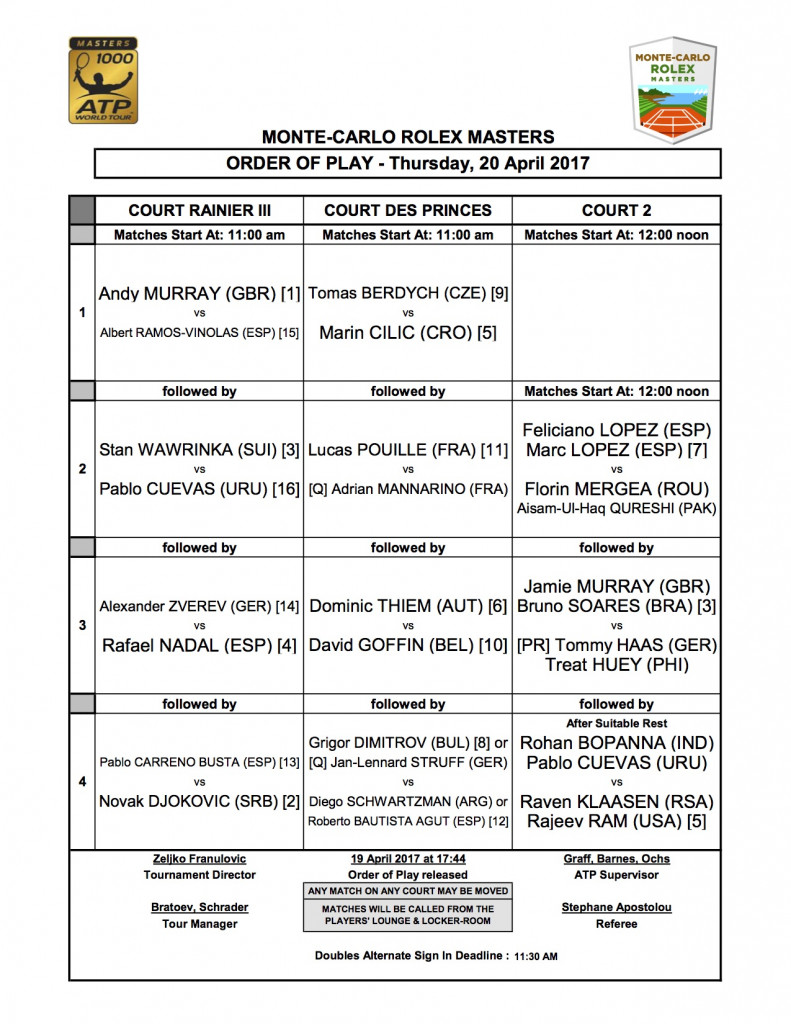 Seven Australian athletes have received permission to come to Monaco to compete in the Herculis EBS, while Kenyan Olympic star Conseslus Kipruto has tested positive for Covid, eliminating him from the event.

Max Verstappen took his first victory of the year at Sunday’s 70th Anniversary Grand Prix at Silverstone, while Charles Leclerc came in fourth after racing an excellent race.

Sports Staff Writer - April 3, 2019
Eighteen-year-old Canadian tennis star Felix Auger-Aliassime is moving to Monaco to reduce the amount of travelling he needs to do while on tour.

News Stephanie Horsman - May 1, 2020
Paris Saint Germaine (PSG) have been handed the Ligue 1 championship for the third year in a row with a clear 12 point lead over second place Marseille, despite not having played a full season due to the coronavirus health crisis.