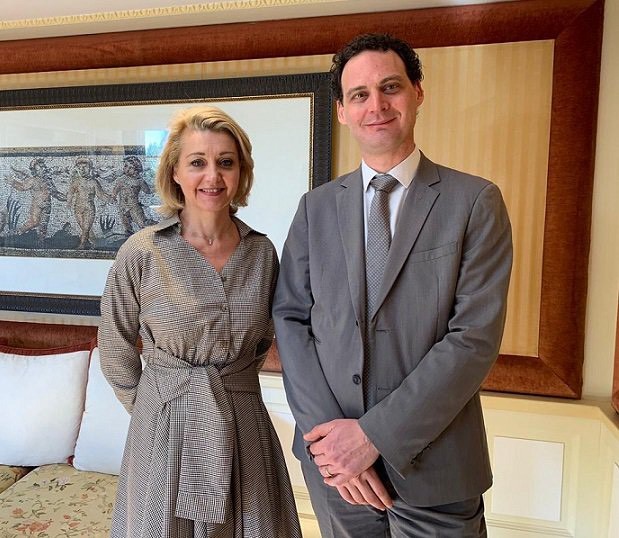 A new team has been appointed to head the Monaco Government Tourist and Convention Authority. Former Deputy Director Guy Antognelli becomes the new President of Monaco Tourism and Sandrine Camia, who has been serving as head of the Monaco Convention Bureau for the past seven years, becomes Deputy Director.

Sandrine Camia brings extensive experience in the tourism industry to her new role. She spent 20 years working with luxury hotel brands including Hotel Lutetia in Paris and Hotel Martinez in Cannes, which were then both properties of the Taittinger Family. She held the position of Director of Sales, Marketing and Communication for two independent luxury hotels, Hotel Royal Riviera in Saint-Jean Cap-Ferrat and Hotel Metropole Monte-Carlo. In 2011, she was appointed head of the Monaco Convention Bureau and has been in charge of the promotion and development of MICE, while implementing new communication and marketing tools and ensuring the loyalty of its best customers.

“It is a new challenge and a recognition of the work accomplished at the Convention Bureau,” said Camia about her appointment as Deputy Director. “These past seven years have been rich in experiences and successes.”

After post-graduating in Finance Engineering at Nice-Sophia-Antipolis University, Guy Antognelli started his career in a Monegasque subsidiary of a Swiss private bank, first in the back office then in the risk management and internal audit department.

During the next 10 years, he contributed to the development of an insurance company in Monaco, managing high end client portfolios using his financial expertise as well as his social skills.

In 2011, he was appointed head of the statistics department of the Monaco Government Tourist and Convention Authority. He has contributed to the development of this service and has extended his field of action to strategic and competitive intelligence.

In 2015 he took the position of Deputy Director and worked in close cooperation with all services for promoting and developing tourism in the Principality.

“This appointment is recognition of my work and a statement of trust from the Government,” said Antognelli. “I especially look forward to working with a team who is dedicated to promoting the destination and has achieved great results over the past years.

“My aim is to lead all missions of the Monaco Government Tourist and Convention Authority to ensure a high level of tourism throughout the year and to maximise the economic benefits for the destination.”