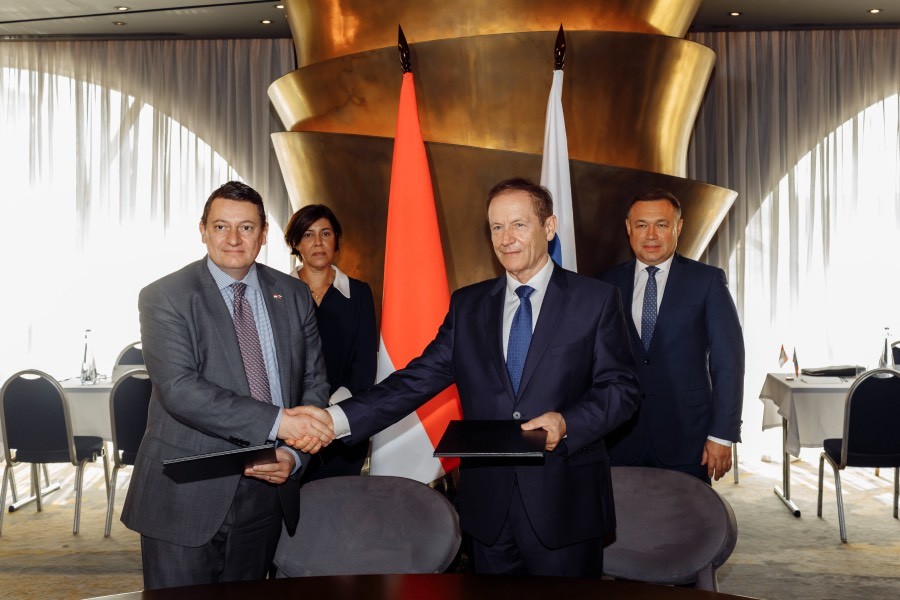 A Monaco delegation from the Monaco Economic Board (MEB) visited the southern Russian hub of Rostov-sur-le-Don where building relations between the businesses of the region was top on the agenda.

Attended by 16 representative from 12 Monegasque organisations, a series of meetings took place in the southern Russian town from 17th to 20th September with a view to expand trade in the region.

The area is of particular interest as it is a crossroad with the Caucasus and has access to an Azov Sea port.

The Rostov-sur-le Don Chamber of Commerce and Industry’s Deputy-Director Victor Goncharov welcomed the delegation by hosting a business forum on the day of their arrival where a Memorandum of Understanding was signed by the two Chambers of Commerce.

Over the next days, several important meetings and gatherings took place including more than 70 face-to-face meetings between various business leaders from both sides, as a way to start the bridge building process and to better comprehend what each party can bring to the table.

Other highlights included a visit to the French Flag Register shipyard where the representatives had a glimpse at the industrial expertise Rostov has to offer. They were also treated to a trip to Rostov’s Museum of Fine Art, where they saw the exhibition Monaco, Histoires d’Artistes.

The trip was rounded out with a dinner hosted by Monaco’s Ambassador to Russia, Mireille Pettiti, where the delegates were able to discuss first impressions, which were highly favourable.

The MEB will return to Russia in November with the Ballet de Monte-Carlo as part of a trade mission scheduled for 2020.