Traffic along blvd Princesse Charlotte reduced to one way from Monday

Traffic will be restricted to one way along part of blvd Princesse Charlotte, between avenue de Roqueville Avenue and the Sainte-Dévote bridge, from Monday, February 26, to Friday, March 9, as part of the construction project for the future FANB High School.

The flow of traffic will be modified as follows:
– Vehicles coming from the Sainte-Dévote bridge will be diverted to boulevard de Suisse.
– Vehicles arriving from the upper part of avenue de Roqueville will have to turn left towards avenue Saint-Michel.

To secure bus operations at the Roqueville intersection, manual traffic control will be provided during the day.

Security terminals to be installed at Place d’Armes

585 faces link hospital to the community 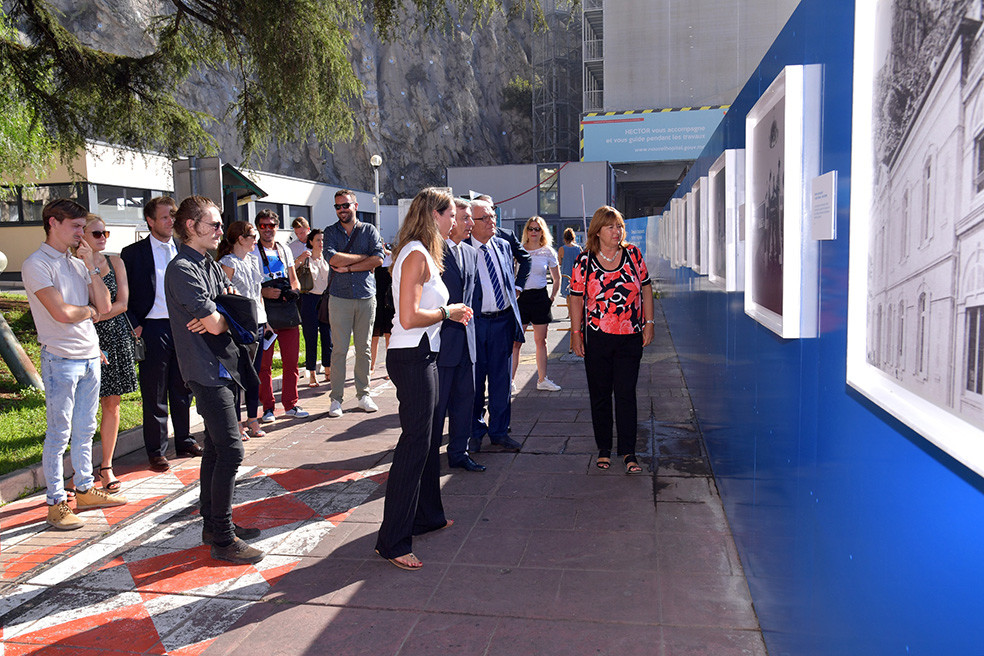 Photo: Charly Gallo/DC[/caption] The official inauguration of a work by Monaco artist Anthony Alberti – aka Mr OneTeas – took place at Princess Grace Hospital on Monday, July 24, as well as a historical photographic retrospective of the hospital. In the presence of the Ministers of Public Works, the Environment and Urban Development, Marie-Pierre Gramaglia, and of Health and Social Affairs, Didier Gamerdinger, the Assistant Director of the institution, Benoite de Sevelinges, demonstrated the 31 photographs that succeed in showing a hospital that has not ceased to evolve over time, since the first foundations were started in 1898. [caption id="attachment_19641" align="alignnone" width="984"] 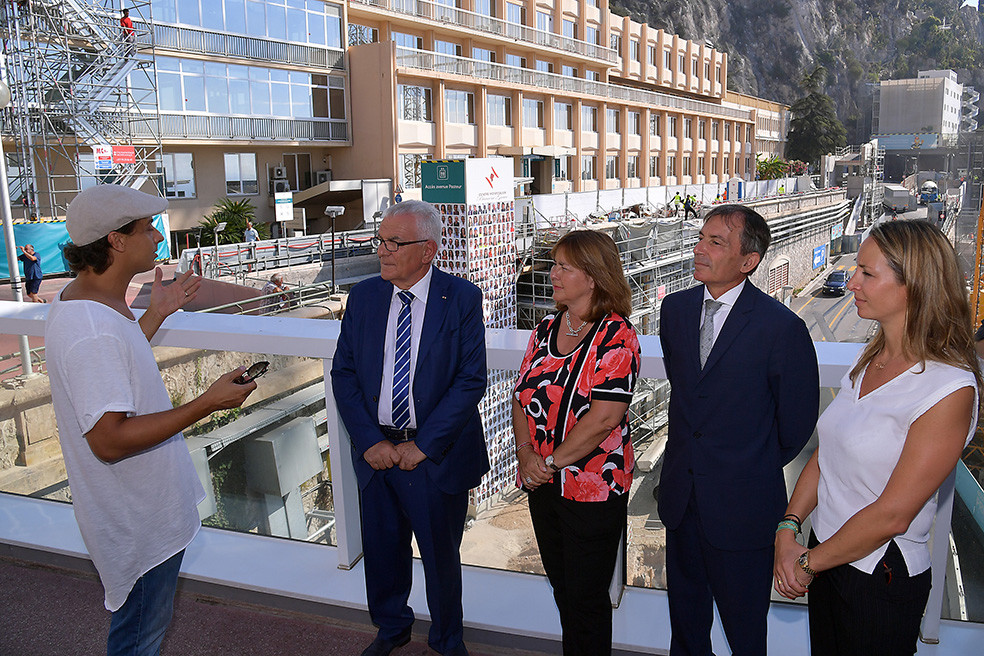 Minister of Public Works, the Environment and Urban Development, Marie-Pierre Gramaglia, with Minister of Health and Social Affairs, Didier Gamerdinger. Photo: Charly Gallo/DC[/caption] Monaco artist Anthony Alberti has also decorated the outside of the elevator shaft that connects avenue Pasteur to the hospital with 585 portraits of people linked to the current life of the hospital – staff, workers, and neighbours. The Prince’s government wanted to create a unifying artistic work with a focus on those who “live” the project on a daily basis. The work is displayed on all three visible sides of the elevator. [caption id="attachment_19640" align="alignnone" width="656"]