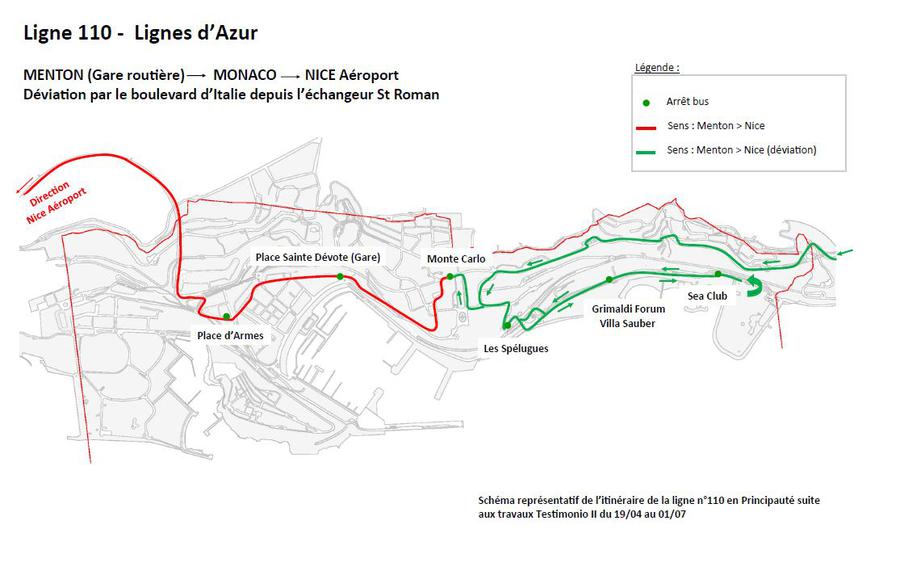 A portion of Avenue Princesse Grace will be temporarily one-way as part of the ongoing works on the Testimonio II site.

The construction of Testimonio II continues at a steady pace, which is great news for those awaiting the 348 apartments, 50-space creche and the new home for the International School of Monaco, but with good there must also be a little bad.

In this case, the bad comes in the form of some minor traffic disruptions, the latest of which will be on Avenue Princesse Grace, where traffic will be down to a single lane from Tuesday 19th April to Friday 1st July. This will be continuous except for the Grand Prix period, from 23rd May to 30th May, when two-way traffic will be restored.

Coming from Menton to Monaco, on the section of road between the Sporting Monte-Carlo roundabout and the roundabout in front of the Monte Carlo Bay Hotel, there will be disruptions.

During this period, access to the Monte-Carlo Bay Resort and Monte-Carlo Beach hotels as well as their car parks will, however, remain maintained, both from Monaco and from Roquebrune, via management by a “traffic man”, from 6am to 10pm, seven days a week. Outside these hours, traffic will be managed by traffic lights with presence detection.

Signage will be posted in Roquebrune, at the intersection between Boulevard du Larvotto and Avenue Princesse Grace to indicate that the Monte-Carlo Bay Resort and Monte-Carlo Beach hotels are accessible.

With regard to CAM buses, Lines 5 and 6 will turn around at the Rocabella roundabout to serve their terminus at the Sea Club. The Sporting stop will therefore not be served during this period.

The 110 serving Nice Airport, Monaco and Menton will only be affected in one direction. The Menton to Monaco to Nice Airport line will be diverted from the Saint Roman stop to follow Boulevard d’Italie, then Boulevard des Moulins and Avenue de la Madone in order to serve a loop at Avenue Princesse Grace (Spélugues, Grimaldi Forum, Sea Club stops and U-turn at the Rocabella roundabout). On the return from this loop, the buses will reach the Monte Carlo stop and then resume the usual route.

The Nice to Monaco to Menton routing will not be impacted at all during this period.