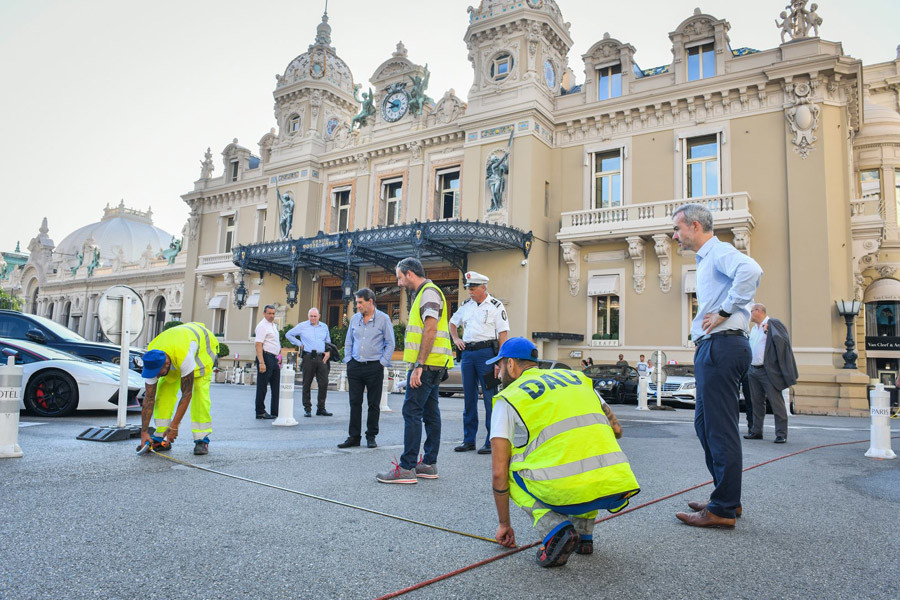 While visiting tourists may be happier not to have to compete with traffic outside the Casino, the professionals who work on the square have voiced their frustration with the experimental re-routing of local traffic.

A number of parking valets at the Hotel de Paris and the Casino of Monte-Carlo told local French-language daily Monaco Matin that the plan will “kill Casino Square.”

“Now that pedestrians can move freely in front of the casino, parking a car becomes very complicated. If I crush someone, I will go directly to prison,” one attendant told the newspaper.

Another complained that the number of parking spaces at the Hotel de Paris has dropped from 40 to 15, with only five directly in front of the iconic Hotel. Meanwhile, the slower queue of luxury cars offers more chances for milling tourists to take their selfies.

Local News Staff Writer - December 2, 2017
Thursday 18 January, 6.30 pm, Museum of Prehistoric Anthropology “The exceptional discoveries at Empress Rock (Plougastel-Daoulas, Finistère) and their contribution to our understanding of the end of the Upper Palaeolithic period”. A lecture by Nicolas Naudinot, organised by the Monegasque Prehistory Association Information: +377 98 98 47 37

Photo: Axel Bastello/Palais Princier[/caption] In the presence of Prince Albert, the first installation of photovoltaic panels on a residential building, on boulevard d'Italie, took place on Thursday, November 30. This follows the launch of the Solar Plan (Cadastre Solaire) by the Mission for Energy Transition in June 2017. As part of the SunE offer, SMEG has equipped 20 percent of the total area of the roof, consisting of about 110 square metres, of solar panels. Marie-Pierre Gramaglia, Minister of Public Works, the Environment and Urban  Development, said: “We must welcome the commitment of the owners and trustees of this building, which, through this approach, actively contribute to the energy transition of our country. This is an initiative that I encourage to follow, given the great potential of sunny roofs in the Principality.” To encourage the use of solar panels, the Government of Monaco in 2014 implemented an incentive financial measure with a feed-in tariff of the electricity produced fixed at €360/ MWh for systems on roofs areas not integrated with the structure, and €530/MWh for integrated systems. The subsidy for the production of photovoltaic energy is guaranteed for 15 years. Several projects have already been implemented, including one at the Grimaldi Forum, which will see the installation of more than 2,400 square metres of solar panels. The Solar Plan site allows each roof to be identified, the potential of sunshine, the exploitable surface for the installation of solar panels and the annual energy output. The tool offers homeowners, trustees and individuals an opportunity to quickly visualise data for the deployment of solar panels on the roof of their building. For information on equipment and the grant application see www.cadastresolaire.mc