Transition Forum: accelerating solutions to save our planet 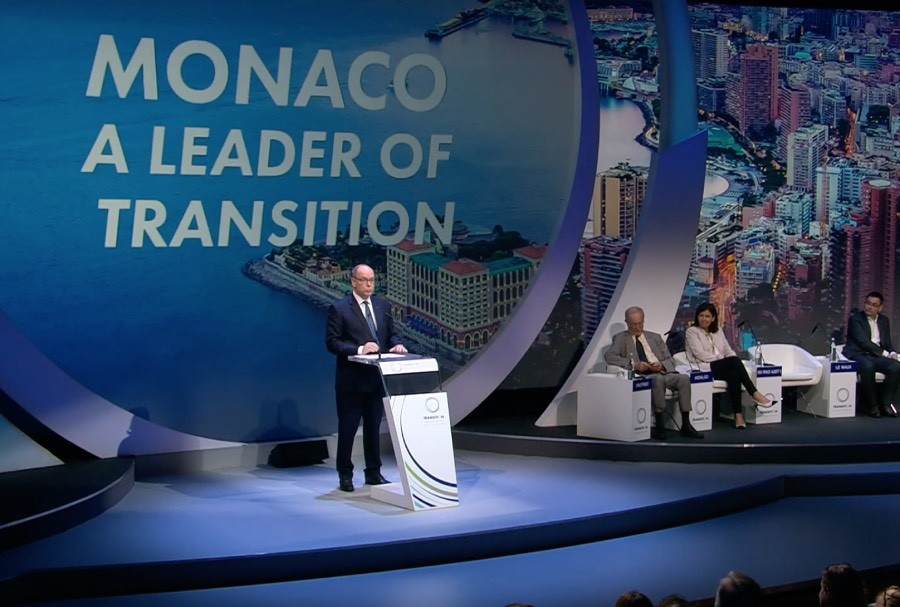 A forum aimed at speeding up the world’s transition to clean energy is once again being held in Monaco this June. Backed by Prince Albert II, the Transition Forum aims to increase funding for innovative technologies so they can be implemented before it’s too late.

Following a successful launch last year, the Transition Forum will return on 26th and 27th June at the Fairmont Monte Carlo. It will bring together around 350 participants including global business leaders, policymakers, investors, innovators, scientists and members of civil society, to accelerate the transition to a low-carbon future through investment and collaborative climate action.

The theme this year is ‘Shifting towards sustainable lifestyles’, focusing on how people and organisations around the world are responding to the ecological transition. It will feature over 50 renowned international speakers, and 20 international startups will focus on new models for sustainable development in food, mobility, housing, and production and consumption.

“If we do not act today, we will no longer be able to act tomorrow,” said Prince Albert during the inaugural forum.

“Global warming is compromising the future of humanity and we must create a new model of sustainable, low-carbon economic development before it is too late,” adds Lionel le Maux, President of Aqua Asset Management and Co-Founder of Transition Forum. “Our objectives are to increase the cross-sector partnerships and investments needed to scale innovative solutions which are key to helping the world achieve its sustainable development goals.”

Five networking sessions will be held to connect international decision makers from multiple sectors and disciplines around the verticals: cities and territories, corporates, startups, foundations, and Monaco.

Enter the promotional code: TF19MLIFE to receive 30% discount off tickets.

Diamonds: the need for progress in the... 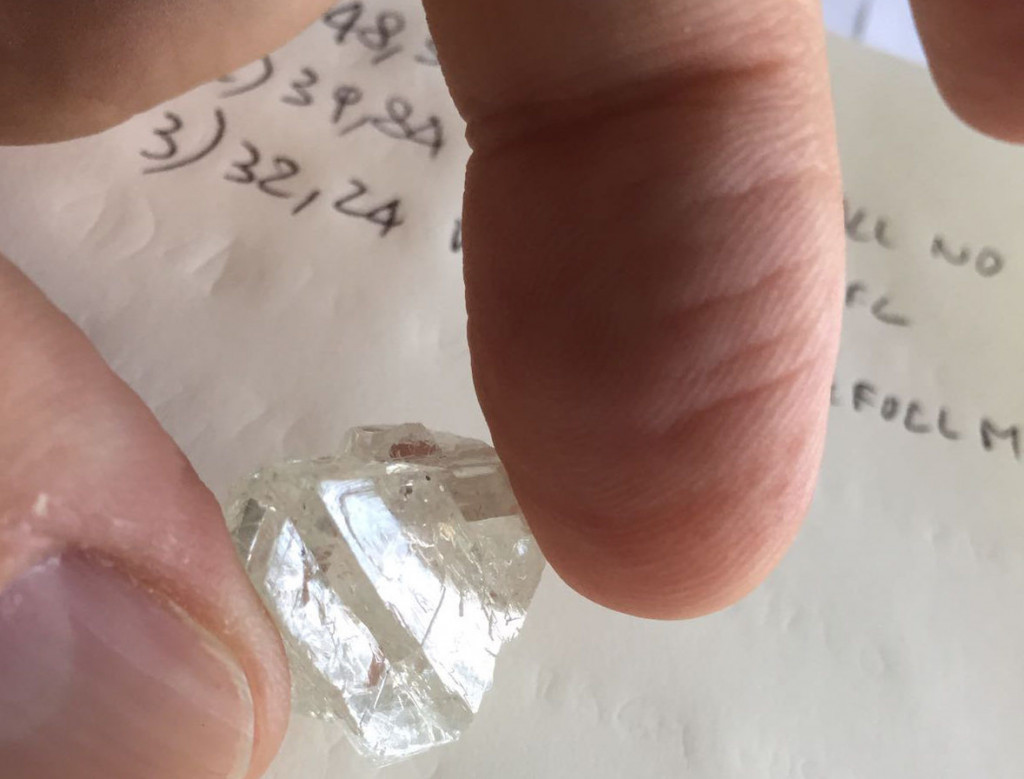 ‘Blood diamond' agreement fails consumers, says NGO, said the FT this week as conflict diamonds once again become the subject of global debate. The Kimberley Process (KP), the organisation that aims at regulating the diamond trade, is under scrutiny by its own founders. Monaco Life reached out to Antonio Cecere, founder of Monaco Diamond Exchange and principal of Cecere Monaco, to describe the current scenario. ML: Firstly, what is the Kimberley Process and what is its role in the global diamond trade? AC: The Kimberley Process Certification Scheme (KPCS) is a joint government, industry and civil society initiative to stem the flow and prevent "conflict diamonds" from entering the mainstream rough diamond market. It was founded in 2003, from the United Nations General Assembly Resolution 55/56, following the recommendations in the Fowler Report that unveiled the state of violence and corruption of the rough diamonds trade. ML: In your experience, how did the Kimberley Process impact miners, traders and global markets? AC: KPCS has had a substantial impact and I witness this every day in my line of work. In less than 15 years, it has become a pre-requisite when transacting rough diamonds. My job brings me into daily conversations with presidential cabinets and development ministers across African countries. I speak with CEOs of governmental mines, as well as owners of artisanal mines in Angola, Botswana and Namibia. I talk to aggregators from Sierra Leone, South Africa, Guinea and Democratic Republic of Congo. I deal with traders in London, Dubai and Antwerp, cutters and polishers in India and Israel. I advise institutional investors in New York, Geneva and Hong Kong. My experience in the trade is across all levels of the supply-chain and I can testify that the job undertaken by KP is rich in complexities yet its influence is invaluable. What is often forgotten is that before KPCS there was nothing. Today, 74 governments have incorporated the Kimberley Process Certification Scheme into their trading regulations; this initiative reduced the commerce of conflict diamonds, according to current statistics, from 4 percent to less than 1 percent. Hence, we can argue that the impact that the Kimberley Process has on the diamond trade is significant. 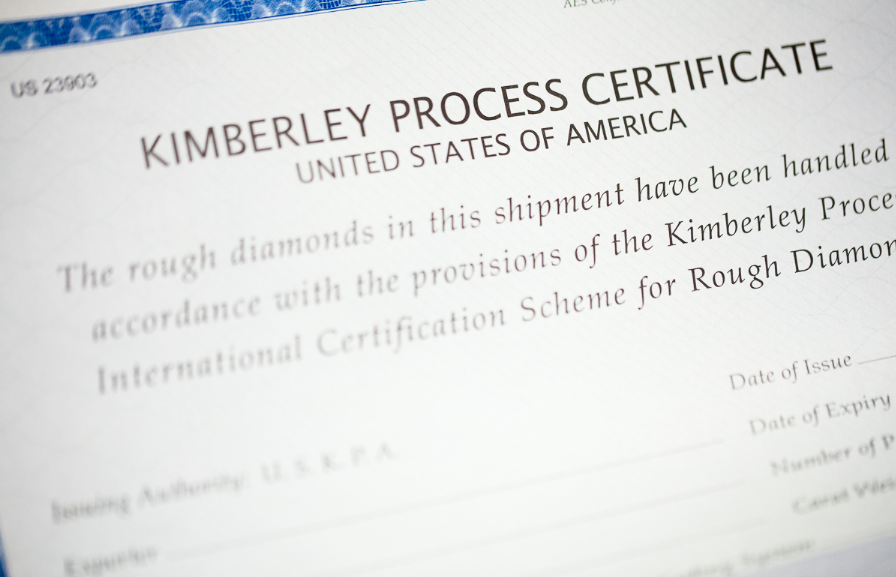 ML: What are the limitations of the Kimberley Process? AC: In my view, the biggest limitation is the fracture between rough diamonds and polished diamonds, in terms of certification. The Kimberley Process Certificate (KPC) only applies to rough diamonds, which leaves a backdoor open to uncertified rough diamonds to enter the market in the form of polished diamonds. The consumers are simply unaware and purchase under the false assumption. The truth is that the only people in the supply chain to know whether a diamond is uncertified are the seller of the rough diamond and the cutter – there are no instruments for the jewellers and retailers to be certain. De Beers is taking the first steps into tracking every step of a gemstone from the mine to the consumer, but it is at an embryonic stage. However, this takes us to a second limitation of the current regulations: the definition of conflict diamonds. ML: IMPACT, the Canadian NGO formerly known as Partnership Africa Canada, stated in December 2017 that it is leaving the Kimberley Process. What are the reasons for this? AC: The departure is noteworthy since Partnership Africa Canada was a founding NGO of the KPCS, although it’s not the first founding NGO to depart: in 2013 Global Witness also left. Their main criticism is KP’s inability to progress with internal controls and expand its definition of conflict diamonds. The classification currently covers only diamonds mined by rebel groups in opposition to an established government, but their wish is to broaden it to include violence caused by governments. Commenting on IMPACT’s departure, World Diamond Council President Stephane Fischler said in a statement that he was saddened. At Monaco Diamond Exchange; we also share the feeling of disappointment in the NGO leave KPCS, however, we welcome the willingness of IMPACT to continue working alongside KPCS members. ML: Why is it so important to broaden the definition of conflict diamonds? AC: This goes back to the concerns raised by Global Witness, in 2011, when it criticised KPCS for not preventing the sale of diamonds from Zimbabwe from the Marange region, when at the time there were fears that the government was using the revenue generated to finance human rights abuses and vote rigging. Similarly, Central African Republic’s (CAR) natural resources of timber, gold and diamonds are at the heart of the dynamics driving the conflict between main two rival groups, the Seleka and the anti-balaka. Both groups have profited from the trade and consecutive transitional governments have failed to manage the natural resource sector transparently and in way that benefits its citizens. 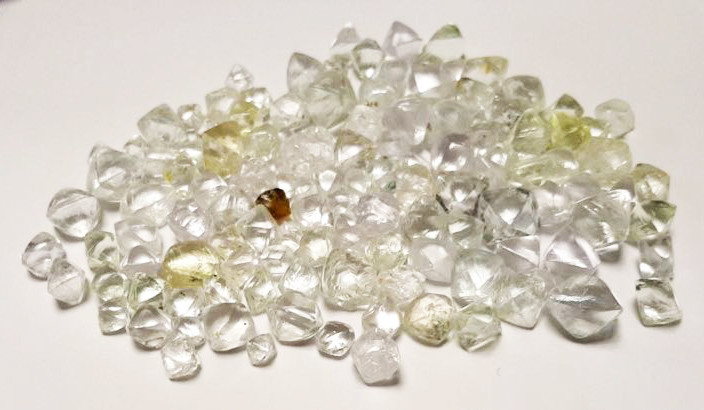 ML: What is in your view the most important merit of the Kimberley Process? AC: That the revenue generated by the trade of KP certified rough diamonds benefit local communities. Most diamonds come from countries at peace where they have been able to invest the revenue generated into the development of infrastructure, schools and hospitals for the good of the regions in which diamonds are extracted. Canada, Australia, Russia, Botswana, Namibia, South Africa and Tanzania are perfect examples of what conflict-free diamonds can do for the wellbeing of local communities. Kimberley Process stands for this. It clearly needs to continue evolving and the departure of the NGOs will be a stimulant across the industry to evolve. The issue of the allocation of the revenue and the conditions of the workers are common to all the commodities unearthed in mineral-rich countries where there is a great disparity between the wealthy and the poor, and poverty and corruption are the cause. Consumers are particularly aware of diamonds because they have been sensitised, but the revenue generated by the sale of copper, iron or even timber can be misplaced. When we look back into European history, the coal in Alsace-Lorraine in the last two centuries caused wars, humanitarian crises and poor working conditions. At Monaco Diamond Exchange we support any and all initiatives that aim at preventing the misplacement of the revenue generated by the sale of diamonds and promote safe working conditions for all the miners. Article first published January 26, 2018.