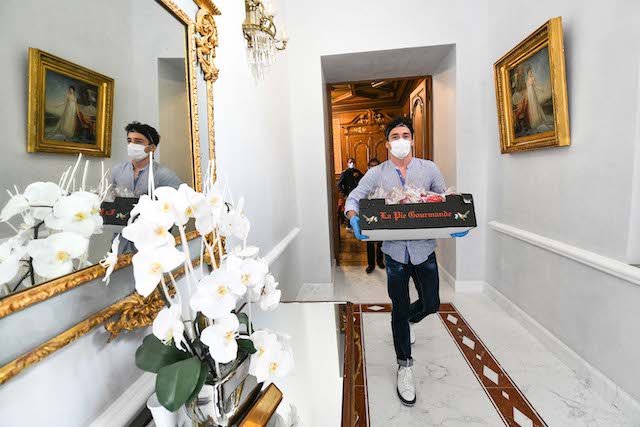 F1 champion Charles Leclerc this week joined a campaign to thank the unsung heroes of the Covid-19 health crisis, handing out treats and putting smiles on faces.
In a show of thanks and solidarity, volunteers and assistants at the Town Hall, Monaco Red Cross and the Société Monégasque d’Assainissement (SMA) were offered candied treats from fairground stallholders for their tireless work behind the scenes during the health crisis.
A selection of delectable items, including candied apples, nougat, lollipops and stuffed toys, were handed out to personal care assistants from the Town Hall on Tuesday by stallholders of the fair, led by the President of Stallholders Robert Dumont.
Mayor Georges Marsan welcomed the retinue, along with the Deputy Mayor of Social Affairs Camille Svara and Deputy Mayor Jacques Pastor.


The Town Hall wanted to spread the love and added the staffs of the SMA and Monaco Red Cross as recipients of goodies, as well. Each organisation received 200 snacks that were distributed at their headquarters.
Some lucky recipients were able to take their reward straight from the hands of Monegasque Formula Onedriver Charles Leclerc. Leclerc donated his time delivering equipment to the Princess Grace Hospital as well as passing out treats to Red Cross volunteers and staff.

Leclerc is no stranger to helping out the Red Cross. He also participates with Team Ferrari in their support of the Croce Rossa Italiano. 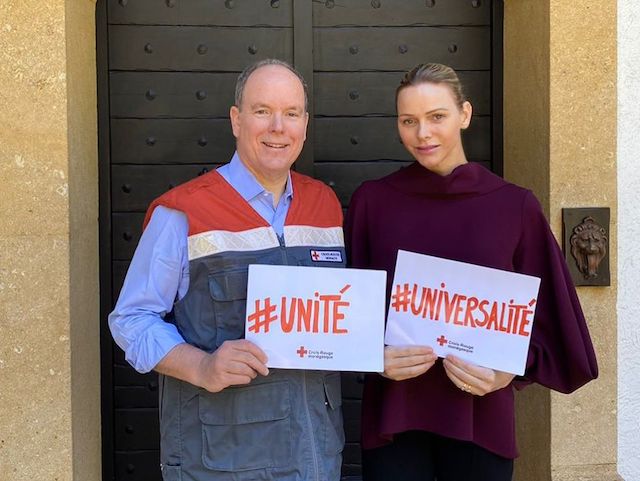 Prince Albert and Princess Charlene have also publicly shown support and appreciation of the Monaco Red Cross, posing for a photo holding signs depicting unity and universality in the face of the Covid crisis. The Sovereign Prince is President of the Red Cross in the Principality, a privilege passed down since Prince Louis II inaugurated the Red Cross of Monaco in 1948.