Tribute to US soldiers for National Day

Tribute to US soldiers for National Day 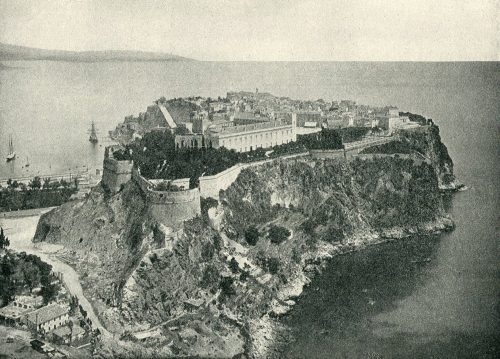 A touching ceremony was held on Monday afternoon at the base of the Rock near Place d’Armes where a commemorative plaque was installed in 1922 marking the assistance and care Prince Albert I and the Monegasques provided to wounded American soldiers during and in the days immediately after World War I.

HSH Prince Albert II and many local dignitaries took part, despite inclement weather, gathering in front of the plaque where Director of Palace Archives Thomas Fouilleron explained the history of the memorial and shared photographs of the convalescing soldiers.

Monaco received many wounded allied troops during the First World War and was able to accommodate them by converting hotels into temporary hospitals. In September 1918, Prince Albert I specified his desire to assist convalescing American soldiers by hosting them in the Principality. The Young Men’s Christian Association (YMCA) returned in November 1922, just after the death of the Prince, to offer a commemorative plaque in appreciation of his thoughtfulness and the efforts of the people of Monaco to help.

This year marks another special Monaco-USA occasion on what would have been the 90th birthday of Princess Grace, mother of the Sovereign Prince and an American. As a tribute, Prince Albert II invited the American Army’s Guard of Honour to the palace.

Twenty-nine US Air Force soldiers made the trip from Washington DC where they were entertained by the Carabiniers du Prince Orchestra, who played a repertoire of American military march songs, as well as featuring a bagpipe musician in traditional Irish clothing playing a special dirge to honour Princess Grace and her Irish heritage.

The ceremony was concluded with a parade, led by the Carabineros, with the Carabiniers du Prince and the US soldiers preceded by the American flag and its guard.