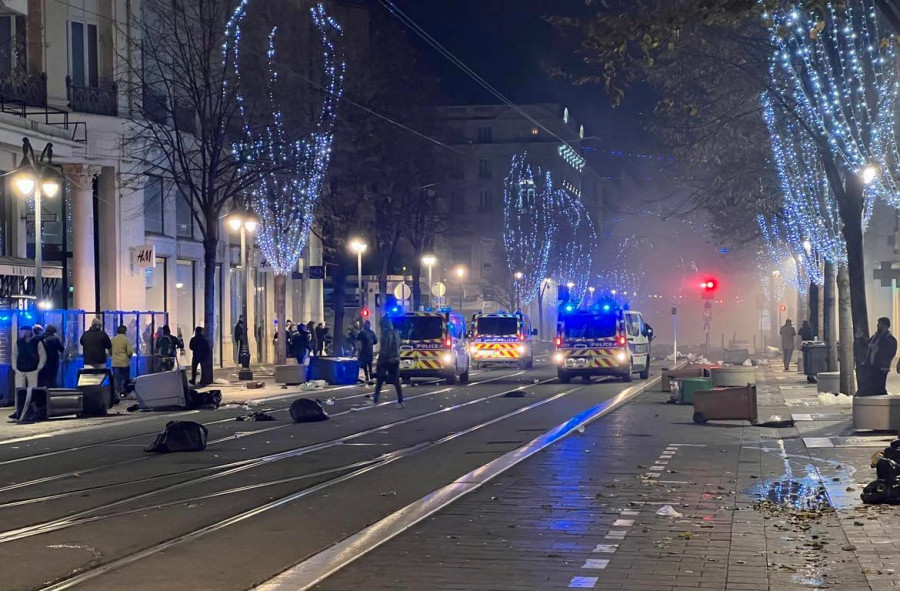 The final whistle in France’s World Cup victory over Morocco sparked some ugly scenes on Nice’s central axis, Avenue Jean Médecin, with fires breaking out and bins being overturned, as witnessed by Monaco Life.

Like much of France, the residents of Nice took to the streets to express their joy after France beat Morocco 2-0 in Qatar and booked their place in the World Cup final against Argentina. The incessant sounds of beeping horns resonated around the streets long into the night and fireworks and flares were set off on the Cours Saleya in the old town and the city’s central square, Place Masséna.

Whilst many of the celebrations were good-natured, there were clashes on the Avenue Jean Médecin, the central axis of the city, which links the train station to the Mediterranean sea. Shortly after the conclusion of the match at 10pm, a group of youths dressed all in black and wearing balaclavas rushed from Place Masséna up Avenue Jean Médecin. Many of them could be heard chanting “Nissa, Nissa” (Nice, Nice) as they did so.

Once on the Avenue, bins were overturned and fires were lit, one of which was in front of Nice Étoile, the largest shopping centre in the city centre. By 10.30pm, police reinforcements had arrived and protected the firefighters who were dealing with two separate fires.

The crowds dispersed as tear gas, indiscernible from the smoke issuing from flares and fireworks, engulfed the avenue. Full control of the area was regained by the police forces at around 11.30pm, according to Nice-Matin.