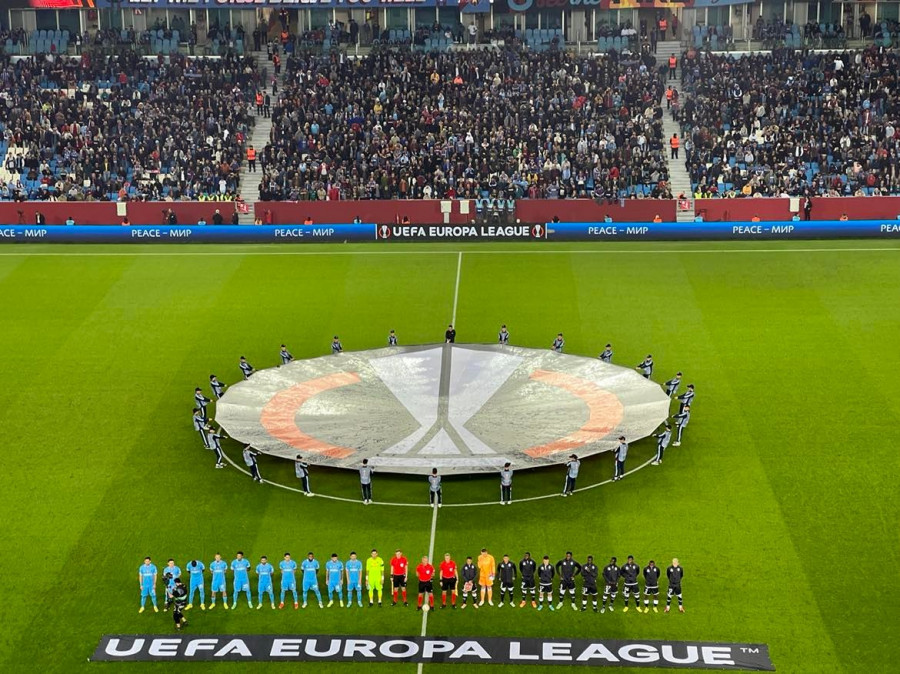 AS Monaco were comprehensively beaten by Trabzonspor (4-0) in Eastern Turkey on Thursday, in a result that throws their Europa League group wide open.

Philippe Clement said pre-match that he believed that his side had shown themselves capable of playing in intense, heated atmospheres after their showing in Belgrade earlier in the competition.

A similar atmosphere awaited them at the Medical Park Stadyumu. Every moment of possession for Monaco was met with deafening whistles that reverberated around the stadium.

Monaco were imperiously dominant, at least statistically, in the opening moments. As Trabzonspor manager Abdullah Avci said post-match, “For the first 25 minutes, Monaco dominated the game.” However, despite multiple corners, and half-chances, the Principality side couldn’t convert their performance into a concrete advantage. And they were made to pay for that.

On the stroke of half-time, Clement’s men fell behind in a moment of folie. There was no danger evident when the ball was played back to Alexander Nübel. Looking to find Malang Sarr, in for Benoît Badiashile who felt discomfort in the warm-up, his pass caught the former unawares. The ball ricocheted off the Frenchman and into the back of the net, sending the almost 30,000 home fans into raptures.

With their tails up, Trabzonspor pushed in the final minutes of the second half against a Monaco side that had lost all rhythm and were grateful for the half-time whistle.

The break didn’t interrupt Trabznspor’s intensity or their rhythm. Vitor Hugo, a half-time substitute got on the scoreboard within three minutes of being on the pitch, rising highest at a corner to double the lead.

Things would get worse, and considerably so for AS Monaco. A sublime Enis Bardhi free-kick, slid under the monégasuqe wall made it three, before former Aston Villa man Trézéguet made it four.

The result ensured both times allowed the game to drift toward its inevitable conclusion. In victory, Trabzonspor have thrown their Europa League group wide open. For now, Monaco drop to third in Group H, behind Thursday night’s opponents only on goal difference with two games remaining.

Man of the match – Youssouf Fofana

On a difficult night for Monaco, Fofana showed his burgeoning experience. In the circumstances, he put in a calm performance. He displayed a range of passing in the first half, whilst also finding space in dangerous positions.

As his side struggled for control in the second half, his influence in possession waned, but he remained positionally aware in the defensive phases, despite the team conceding four goals. With injuries to N’Golo Kanté and Paul Pogba, his form could very realistically earn him a place in the France squad for the World Cup, especially following his positive performances for Didier Deschamps’ side in the most recent international break.

Post-match, Clement rued how his team let Trabzonspor take the upper hand in the tie after a positive start. “We started the match well. We mustn’t forget that. We were dominant and did the right things. We attacked well, we defended well, and created chances but weren’t efficient in taking those chances. We concede a goal that shouldn’t concede. Everyone knows that, including Alex.”

He was also disappointed by the manner of their second-half capitulation. “One by one, we tried to force things and stopped playing how we like playing. We had enough shots on targets, but without enough quality. After 2-0, we tried to force things, to play with emotions, and not play together. Playing together has been our strength. That’s been our strength in the past weeks and months. When we do things together, we do things well. Today was a big lesson. When we play as individuals and force things, we don’t play well,” he said.

He added, telling Monaco Life, “In the past weeks, we have won together and now we lose together; that’s how it is.”

However, looking forward, Clement knows that there is still everything to play for in their group. “There are still two matches and we still have our destiny in our own hands,” said Clement. Monaco must now use that agency to good effect in order to reach the knockout stages, as they did last year. 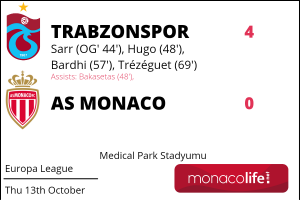