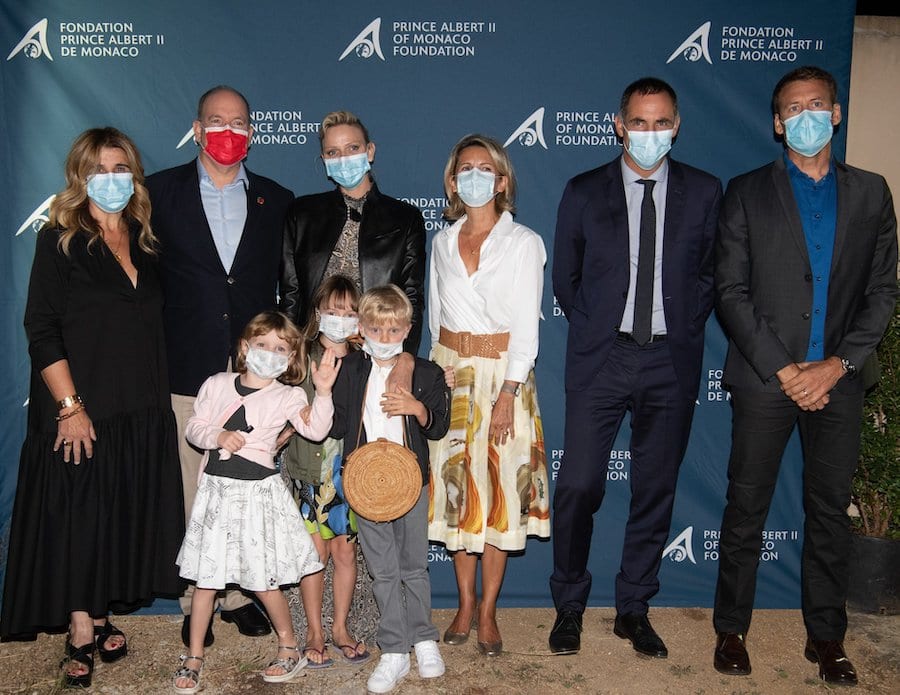 Prince Albert, Princess Charlene and their children were out and about in Corsica this week to support Laurent Ballesta at the premier screening of his documentary Mediterranean Planet.
The film retraces the extraordinary 2019 scientific expedition led by the Gombessa Expeditions team to discover the unknown depths of the Mediterranean. It was both a physical and personal achievement for the team, and it benefited from the support of the Prince Albert II of Monaco Foundation and Monaco Explorations.
The princely couple, accompanied by their children Prince Jacques and Princess Gabriella, were welcomed on Tuesday 2ndSeptember in Ile Rousse, northern Corsica, by Gilles Simeoni, President of the Executive Council of the Collectivity of Corsica, and Angèle Bastiani, Mayor of Ile Rousse.
A description for the documentary film reads: “Laurent and his comrades went very far, without really leaving. They stayed at home in the Mediterranean…  Where few divers venture, there are oases that seem to resist destruction and extinction. They are the last refuge for all the gone species of a coastline under pressure. Here are the portraits of these unknown inhabitants and endangered landscapes. More than a new world, it is another planet, the Mediterranean Planet.”
The documentary will be broadcasted on 19th September at 8:50pm on the ARTE channel.
A hardcopy book version of Mediterranean Planet is now available for order from the website.
© Eric Mathon / Palais Princier