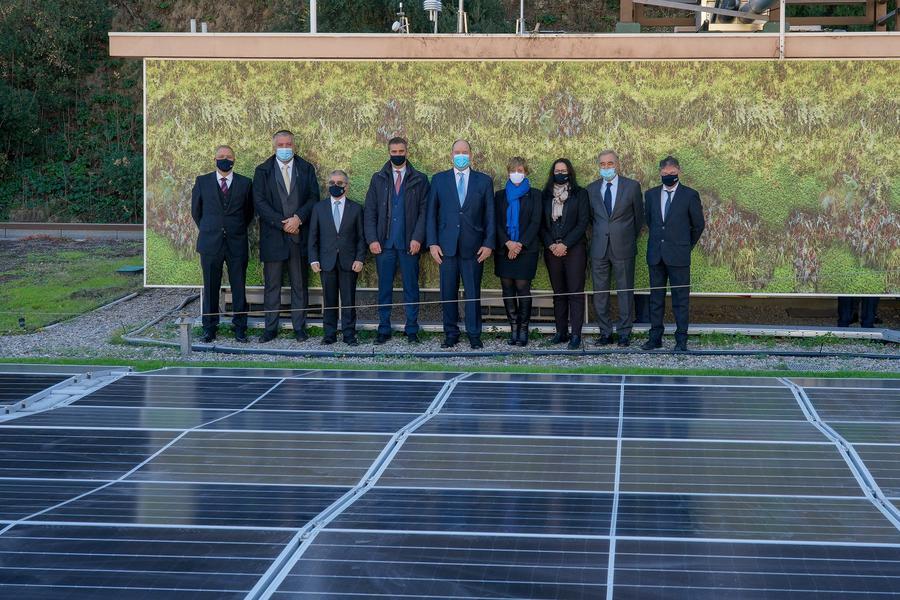 The Monaco Scientific Centre and FANB are the latest institutions to become major players in the Principality’s energy transition, installing solar panels on their buildings to cut emissions and generate a portion of their own power.
Monaco’s energy transition programme is moving full steam ahead and it couldn’t be more apparent than in the addition of two local organisations making the leap by installing photovoltaic panels on their edifices.
On 3rd December, the Institute François d’Assise-Nicolas Barré (FANB) announced the installation of 158 solar panels covering 225m2, which are capable of generating over 40.36 MWh of electricity to be used directly by the school.
The panels will cover 26% of the school’s electricity needs and will reduce greenhouse gas emissions by roughly four tons of CO2 each year. They are also visually pleasing. Unlike the old school versions, these panels are from the new generation of coloured panels which are also made to look more like the existing roof tiles.


This was closely followed by the 6th December inauguration of the Scientific Centre of Monaco’s (CSM) photovoltaic park. The 443 panelled park sits over 987m2. It boasts the largest roof area and production capacity of all public buildings in the Principality. With an annual power estimated at 250MWh, it will provide the CSM with energy self-sufficiency of 25.23% and will promote a reduction in greenhouse gas emissions of nearly 20.5 tons of CO2 per year.
Prince Albert II was at the reveal ceremony together with Minister of the Interior and Department Manager of CSM Patrice Cellario, Environment Minister Céline Caron-Dagioni, and Professor Patrick Rampal, President of the Scientific Centre of Monaco.
During the event, Anthony de Sevelinges, Head of the Public Buildings Maintenance Service (SMBP), explained how the solar park functions and made note that, to date, 26 public establishments in Monaco are now equipped with solar installations. Together, these facilities represent 4,968 m² of surface area, capable of producing 1,039 MWh of electricity and reducing CO2 by 85 tons per year.
After the presentation, CSM signed the National Pact for the Energy Transition.
Professor Rampal spoke of the Centre’s involvement in the reduction of greenhouse gases in favour of the preservation of the environment including missions carried out in research laboratories in polar, marine and medical biology.
To close, Professor Rampal asked that all the Centre’s employees follow the National Pact guidelines on a personal basis to optimise the effects.