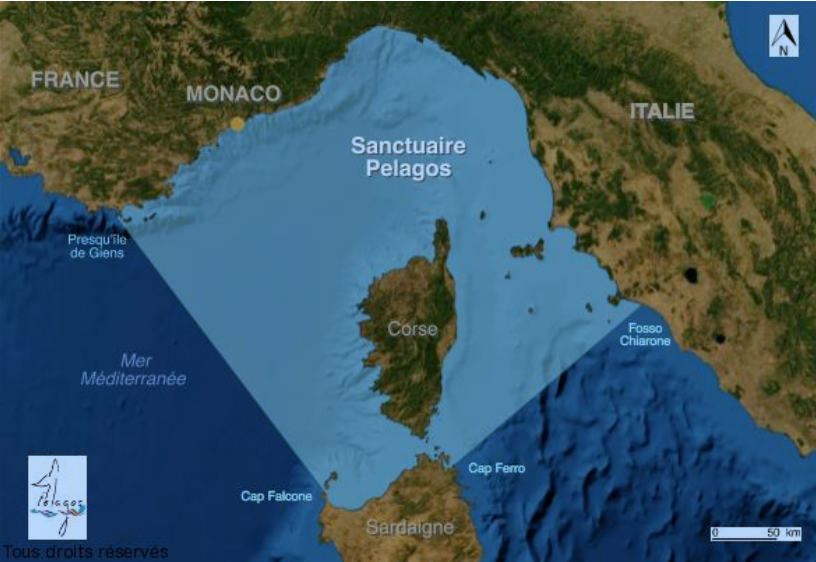 The Agoa Sanctuaries in the West Indies and Pelagos in the Mediterranean have signed a memorandum of understanding during Monaco Ocean Week, in the presence of HSH Prince Albert and HE Mr Xavier Sticker, Delegate for the Environment.

The Memorandum is to share good practices, promote exchanges and set up joint initiatives. These two Sanctuaries, the largest French marine protected areas, have a common goal: the protection of marine mammals.

The signing ceremony took place at the Oceanographic Museum of Monaco on Friday, April 13, in the presence of HSH Prince Albert, HE Mr Bernard Fautrier, Minister Plenipotentiary and Deputy Chairman of the Prince Albert II of Monaco Foundation, HE Mr Xavier Sticker, Ambassador-Delegate for the Environment, Mr Cyril Gomez, President of the Meeting of the Parties to the Pelagos Agreement, Ms Fannie Dubois, Executive Secretary of the Pelagos Agreement and her Deputy, Ms Costanza Favilli, and Mr Robert Calcagno, Director General of the Oceanographic Institute of Monaco.

The Agoa Sanctuary and the Pelagos Sanctuary are two marine protected areas of the same kind, Marine Mammal Sanctuaries, which have the same objectives: to guarantee a favourable conservation status for marine mammals by protecting them, as well as their habitats, against direct or indirect negative impacts of human activities.

In recent years, cooperation between the two Sanctuaries has been strengthened under the auspices of the Prince Albert II of Monaco Foundation, and during the passage of the Yersin ship in the Sanctuary Agoa in Martinique as part of the Explorations of Monaco in October 2017.

The Agoa Sanctuary for Marine Mammals in the French West Indies covers the entire exclusive economic zone of the French West Indies (Martinique, Guadeloupe, Saint-Martin and Saint-Barthélemy), covering an area of 143,256 square kilometres. It is one of the largest French marine protected areas. Its governance is ensured by a management council bringing together 53 local actors of the sea: elected representatives, professional fishermen, recreational users, tourist operators, environmental protection associations, experts and state services.

Local News Staff Writer - October 8, 2018
Georges Marsan, Mayor of Monaco, this week signed the Charter of commitment of the National Pact for the Energy Transition.