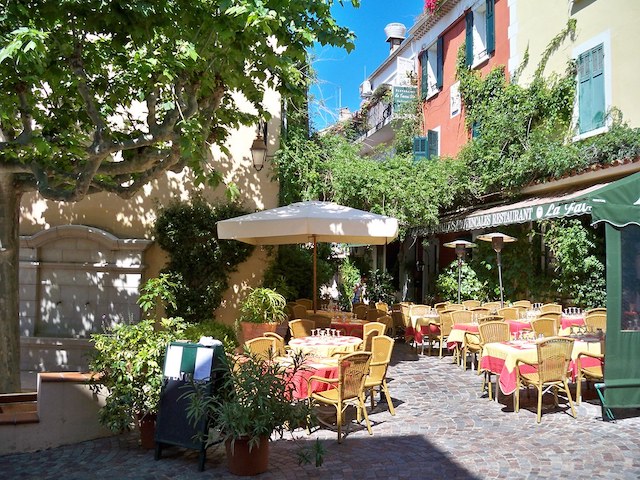 France will reopen bars and restaurants in the country’s “green zones”, including the French Riviera, on Tuesday 2nd June, provided the health situation doesn’t deteriorate.
Prime Minister Edouard Philippe announced the French government’s long-awaited tourism support plan on Thursday, confirming that the hospitality sector could resume in two weeks. However, the green light will not officially be given until the week of 25th May.
After announcing a massive €18 billion plan to support tourism, Edouard Philippe addressed the central question of the reopening of establishments forced to close their doors in March due to the coronavirus epidemic. “We must all focus together on the reopening of the sector,” he said, “in the best possible conditions.”
“Whatever strikes tourism obviously strikes at the heart of France,” said the French PM.
For cafés, bars and restaurants located in green zones, “a reopening on 2nd June may be considered if the evolution of the epidemic does not deteriorate and provided that the health measures recommended by the High Council of Public Health are fully respected,” announced the minister.
In the meantime, “our capacity to contain the epidemic must be demonstrated until 2nd June and the restaurateurs must prepare to apply the sanitary protocols,” concluded Edouard Philippe.
Holidaying in July and August
The French government announced that its citizens will be able to go on vacation in July and August – an important reassurance for the French Riviera which relies heavily on domestic tourism during the summer period.
To encourage people to return to restaurants when they reopen, the daily ceiling for tickets-restaurants will be doubled from €19 to €38, and their use will be authorised on weekends and public holidays, until the end of 2020. A ‘ticket resto’ serves as a food and beverage voucher, which is subsidised by employers.
For professionals in the tourism sector, ‘partial unemployment’ will be maintained until September 2020. Employers’ social security contributions between March and June will be exempt and will continue to be exempt as long as the sector remains closed.
Access to the solidarity fund for companies in the hospitality, tourism, events, sports and culture sectors will also be extended until the end of September.
But according to the Trades and Hotel Industries Union (UMIH) of the French Riviera, this will not be enough to ensure the survival of many in the hospitality industry. Vice President Christophe Souques told Monaco Life that restaurants, bars and cafés are set to make between 30% to 40% of their normal annual turnover this year because of the crisis, and many will not be able to continue as a result.
“The problem is that, even when we open, we will only have around 45% of our normal clientele,” said Mr Souques. “Yes, we will have the possibility to reopen, but the target now is to calculate, with the taxes and charges that we will have to pay eventually, if it will be worth it.”
In Monaco, the government announced in late April that bars, restaurants and cafés would likely reopen in early June “if the health situation in the first two stages permit”.
The Principality has recorded just one new case of Covid-19 since the lockdown was lifted on 4th May. Gaming rooms, exhibition halls, theatres and cinemas, beaches and swimming pools, gyms and sporting institutions are also set to reopen, with priority given to those with outdoor activities.