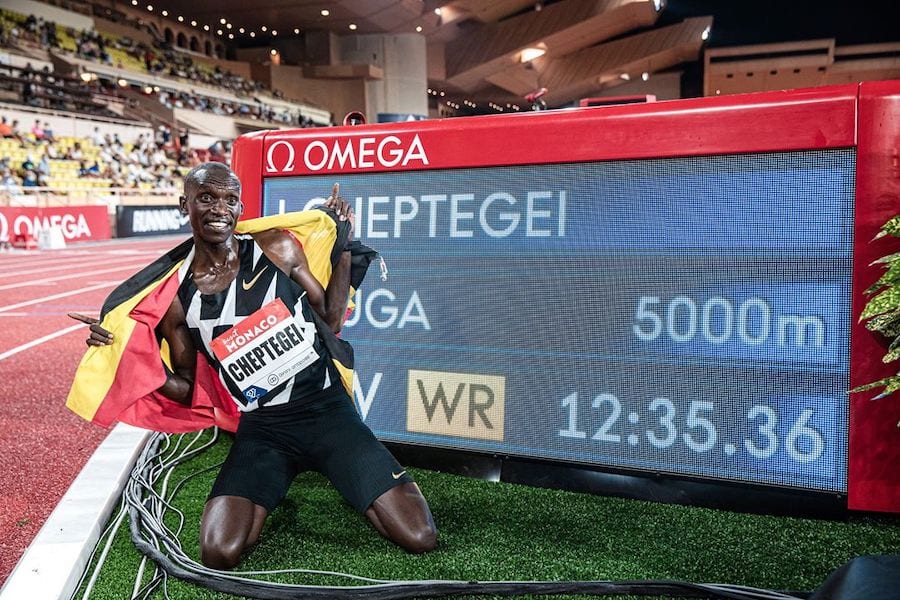 The Diamond League Games on Friday produced a new world record when Uganda’s Joshua Cheptegei beat a 16-year-old record set by Ethiopian Kenenisa Bekele back in 2004 in the Netherlands.

Roughly 5,000 fans were on hand to see the event live and millions more were able to watch from home as the Ugandan crossed the line to set the new record.

Cheptegei is also currently the world champion for the 10,000 metre, which he earned in Doha in 2019, and world record holder for both 5km and 10km road races. The 5km record was set in Monaco in February and was the last race the runner had done before the health crisis stopped all meets.

In an interview with Reuters after the Monaco meet, the champ said: “It took a lot of mind setting to keep being motivated this year because so many people are staying at home, but you have to stay motivated. I pushed myself, I had the right staff with me, the right coach. I’m also usually based in Europe but being based in Uganda with my family was actually great. I will for sure celebrate the world record when I get home.”

All the athletes were raring to go and showed great form, despite the long months of lockdown, making for a great night all-around.

The 5,000 metre women’s race was won by world champion Hellen Obiri and the 1,500 metre men’s saw Timothy Cheruiyot take the top spot. Just behind him was Norway’s Jakob Ingebrigtsen who set a European record time of 3:28.68.

The 200-metre sprint was a family double act with brothers Noah and Josephus Lyles coming in first and second respectively.

Beating a 28-year-old record, Karsten Warholm won the 400 metre hurdles and Kenyan Faith Kipyegon ran the second-fastest ever 1000 metre with a time of 2:29.15.