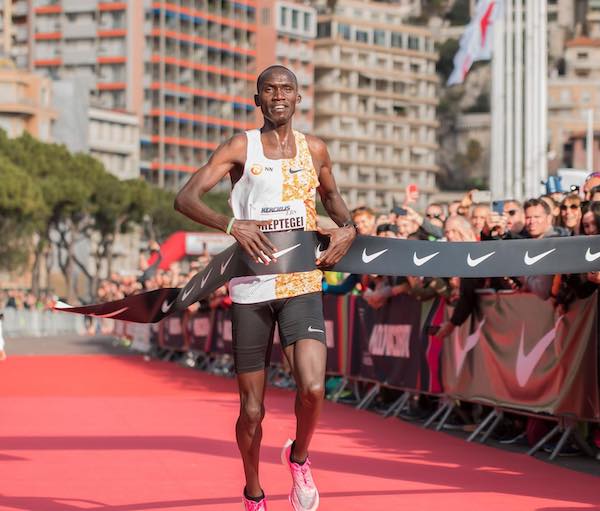 At a jaw-droppingly fast 12:51, Joshua Cheptegei has broken the 5km road world record during the weekend’s Monaco Run.

Blowing the former record set only a month ago by Kenyan Rhonex Kipruto away by 27 seconds, the Ugandan long-distance phenom was too fast to even be a pace setter at last weekend’s Monaco Run.

After the starting gun went off, the current cross country and 10,000 metre track world champion wasted no time getting the jump on the pack and sped passed the first kilometre mark in just over two and a half minutes.

The 23-year-old Cheptegui finished 27 seconds ahead of second place Jimmy Gressier from France and Great Britain’s Nick Goolab, who nabbed the bronze coming in at 13 minutes and 27 seconds.

Cheptegui’s latest world record continues the back and forth between he and Kipruto, who broke the 5km world record in January whilst running a 10km in Valencia. The two men have been swapping world records over recent months creating excitement in the running world and wondering who will top who next.

He first gained notoriety in 2018 when he shaved eight seconds off the 15km world record at the NN Zeven Heuvenloop race in the Netherlands, followed the next year by taking the 2019 IAAF World Cross Country Championships in Denmark. This new record certainly starts off the sprinter’s year on a high note.

In order to set the 5km record, the Ugandan ran an average of two minutes and 34 seconds per kilometre or 15.4 seconds per 100 metres. He is the only man from his country to set four world records.