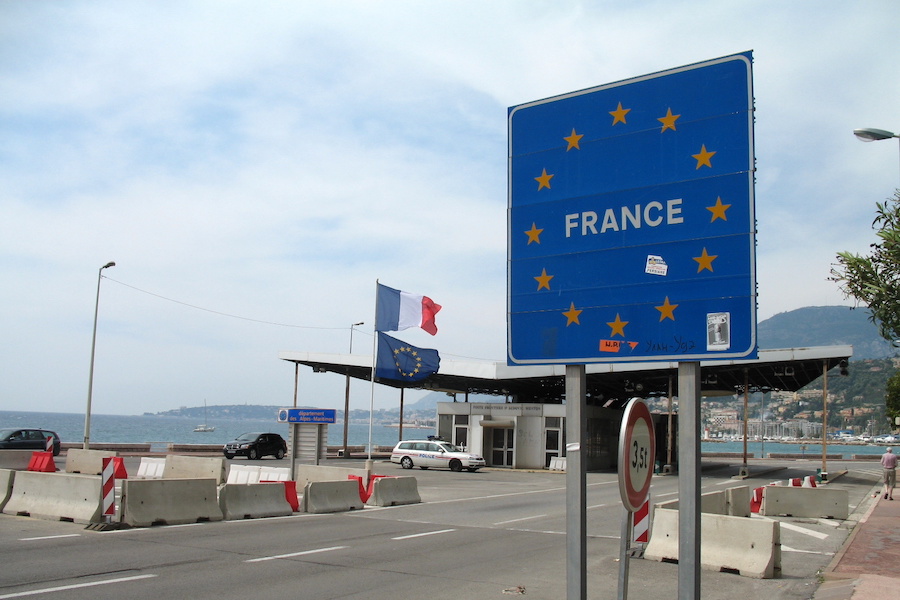 The Prefecture of the Alpes-Maritimes has announced that “several hundred refugees arrive at the border every day”, entering by bus and car, many passing through on their way to Portugal and Spain.

Refugees form war-torn Ukraine are starting to make their way west in a trickle that is expected to become a tidal wave in the coming days and weeks.

A week into the Russian-Ukrainian conflict, the border officials at the La Turbie tollbooth, the entry point into France from Italy, are noticing an increase in refugees entering the French territory every day.

This perfectly legal act has nonetheless drawn attention to the Prefecture of the Alpes-Maritimes, which plans to be ready for larger numbers of people coming in.

“France is at the initiative of a regime which is coordinated between all the Member States and will play its part by welcoming those who must be in these tragic moments,” said Benoit Huber, Chief of Staff to the Prefect of the Alpes-Maritimes. “These people have the right to return to French national territory. Most of them today want to go to Spain or Portugal, where there is a Ukrainian community. It is important to note that, but, in any case, those who would ask to benefit from a protective regime here will be able to do so.”

France’s prefectorial authorities are already taking steps to register potential refugees as well as to help them integrate into their new surroundings should they choose to stay.

“We have set up a one-stop shop which is intended to centralise first of all the requests which could be made by Ukrainian nationals, or the people who welcome them in our department, but also to answer the many questions and initiatives which are taken by the mayors and by the communities of the department to best coordinate the methods of reception of the populations,” Huber explains.

Under the law, Ukrainian nationals have the right to reside in France for 90 days, under certain conditions.

“Those who have a biometric passport can enter and stay for 90 days, without difficulty. Those who do not have such a document are invited to go to the French consular representations of neighbouring countries such as Romania or Poland for example.”