UKSA scholarship in honour of Bosun Will Black 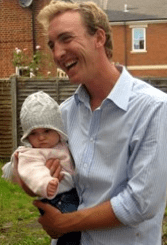 Six years ago during the Monaco Yacht Show, Bosun Will Black of the 183-foot (56m) Perini Navi M/Y Burrasca was involved in a tender accident and went missing. His family has recently started a campaign to raise money for a scholarship in his name at the UKSA in England.

“Many friends at the time wanted to help and raise money in his name but to be honest it has taken this long to think clearly about being able to do this,” his family explained on the fundraising page. “We now are doing something positive in his name within the maritime industry in which William found a home for his spirit of adventure,” the-triton.com reports.

Mr Black trained at UKSA, a sailing academy and youth-centred charity. His scholarship will help “new sailors who otherwise might not be able to enter the industry,” his family’s page said. “This is a way for Will’s name to live on and give back to the industry he so loved.”

The page accepts direct donations, but also other fundraising efforts, such as cycling or running races. The campaign began in July to mark Mr Black’s 34th birthday.

The family also raises concerns about crew safety. Mr Black was not wearing a life jacket on that late-night tender run, and the kill cord switch had been disabled, his family said. They vow to work to affect change. Read more about their concerns at Mr Black’s fundraising page.

Local News Staff Writer - April 2, 2019
The famous 1958 Riva Tritone, once owned by Prince Rainier III of Monaco, is going up for auction at Sotheby's at the end of May.

Local News Staff Writer - April 11, 2017
https://www.youtube.com/watch?v=3jmzCLSL-F0 Explosions near to the team bus carrying the Borussia Dortmund players to the Champions League quarter-final at Signal Iduna Park on Tuesday evening injured one player, police have said. Dortmund centre-back Marc Bartra was injured after three explosions and taken to hospital. Following the incident, the match has been postponed by one day, until Wednesday, April 12, with kick-off at 6:45 pm CET. Hans-Joachim Watzke, the Borussia Dortmund CEO, said: "The whole team is in shock. You will not get those pictures out of your head. I hope that the team is able to compete on the field." German police said there was no danger inside the stadium, where fans had already gathered for the game. Bartra, 26, joined the German club from Barcelona last summer. He graduated from the famous La Masia academy. First reports state his injuries have been caused by shattered glass. The Monegasque delegation, including Prince Albert and Minister of State, are safe at a hotel, a tweet by the Prince's Government confirmed.