The Permanent Mission of Monaco to the UN was invited to celebrate the International Day of Sport for Development and Peace on Monday, April 9, in the presence of many personalities.

Representatives of the United Nations and the International Olympic Committee, athletes, including former NBA champion Dikembe Mutombo, as well as members of civil society took part in this event by sharing their experiences and their vision of sport for development and peace.

Sport as a means of reducing inequalities and promoting the empowerment of women and girls was highlighted by Benita Mosley, gold medalist at the 1984 Olympics and now CEO of the Laureus Sport for Good Foundation, as well as by different personalities in the sports world.

The marathon runner Tegla Loroupe expressed her gratitude and gratitude to HSH the Sovereign Prince for the visit of his foundation to Kenya in 2009. Finally, Tahl Leibovitz, multiple Paralympic champion in table tennis, expressed his commitment and Peter Nelson of HBO Sport and Jordan Metzl, specialist in sports medicine, highlighted the importance of sport in helping bring about cohesion in communities.

The Red and Whites secured a huge 3 to 0 victory over SCO Angers, catapulting them into a solid fourth place in Ligue 1 and putting a rare smile on Coach Niko Kovac’s face.

The Roca team’s Coupe de France hopes were shattered on Saturday with their 76 to 83 loss against Orleans Loiret at the Palais du Sport in Orleans. 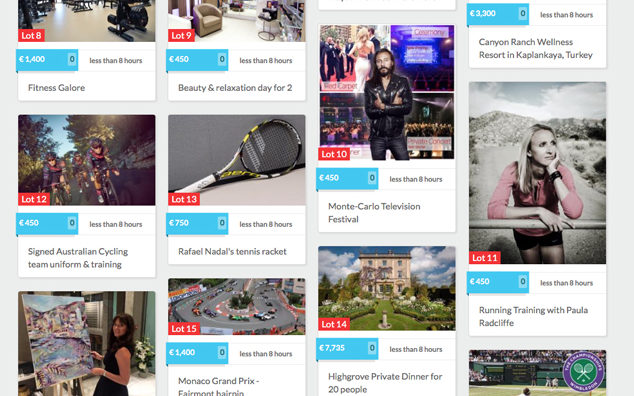 As Monaco Life reported earlier this month, a world first sporting event will take place in Monaco on June 4, thanks to an initiative by Princess Charlene. The Riviera Water Bike Challenge is the first relay race of its kind on water, covering 21 kilometers between Nice and Monaco using Schiller S1 water bikes.

At this evening's gala fundraiser, under the High Patronage of Her Serene Highness Princess Charlene, there will be two auctions. First, guests will have the opportunity to bid for a place on a specific team to compete in the Riviera Water Bike Challenge. In total there will be 10 teams, each made up of 2 celebrity sports personalities and 2 amateurs.

In addition to auctioning off spots in the race to the highest bidder, there will be a Riviera Water Bike Challenge Live Auction comprising 8 Lots:

As the Princess Charlene of Monaco Foundation points out, the Riviera Water Bike Challenge "fits the philosophy and values" of the charitable association: "team spirit, self-respect and respect of others, discipline and appreciation of hard work.

"The choice of a relay race is of utmost importance as it is the embodiment of mutual aid and teamwork."

Photo: Charly Gallo/DC[/caption] The management and players of AS Monaco Basketball were invited to the residence of the Minister of State on Friday, last week as part of the partnership agreement between the Government and the team, in terms of governance and communication. The partnership aims to support the Club's sports project, to allow the team to convey the "Monaco" message and to accompany it in its relations with its competitors, as well as with the national and international basketball governing bodies. This annual meeting allows both parties to share their respective roles and work in order to further strengthen their ties and to present the entire "Roca Team" to the members of the Government. During his speech, Minister of State Serge Telle encouraged the team before the Leaders Cup, which takes place from February 16 to 18, during which the Monegasques will put their title back into play. He congratulated the players and the staff and concluded his speech by emphasising that the Government as well as Monegasques were very proud of their team, which represents with dignity the colours of the Principality on the European scene. AS Monaco Basket is currently leader of Pro A and qualified for the 1/8th finals of the Basketball Champions League.