UN Monaco at the 57th Commission for Social Development

UN Monaco at the 57th Commission for Social Development 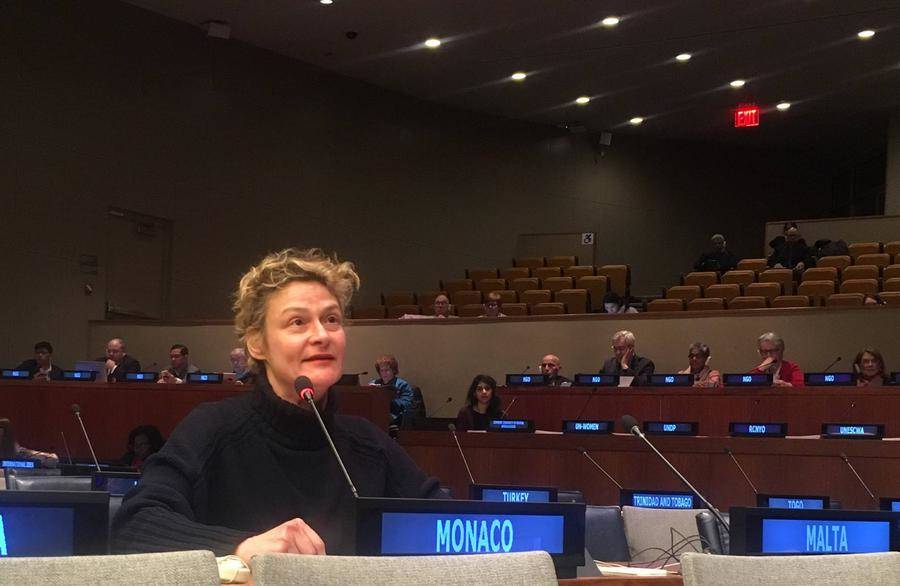 On Tuesday, February 19, Mrs. Clotilde Ferry, Counselor at the Permanent Mission of the Principality of Monaco to the United Nations, participated in the 57th session of the Commission for Social Development. The theme was “fight against inequalities and barriers to social inclusion through fiscal and wage policies and social protection policies”.

In her address, Mrs Ferry outlined the concrete actions that the Principality is taking to reduce inequalities and fight against social exclusion.

On the national level, she notably mentioned the “Monaco Youth and Sustainable Development” meetings, which make it possible to empower the Principality’s students and make them aware of the importance of energy transition and sustainable development.

Mrs Ferry also mentioned the Graduate Integration Commission, which, since 2010, has enabled 236 young people to be integrated into the Monegasque economic fabric.

In the area of ​​health, which accounts for 8% of the Principality’s budget, the Monaco Disease Power and AMAPEI associations support the actions of the Prince’s Government to promote the social inclusion of people with disabilities.

Finally, Mrs Ferry highlighted the actions of the International Cooperation, in particular, those related to the promotion of entrepreneurship in developing countries by means of micro-credits, as well as the actions of the Monegasque Red Cross, strongly committed in favour of the socio-economic integration of young people.