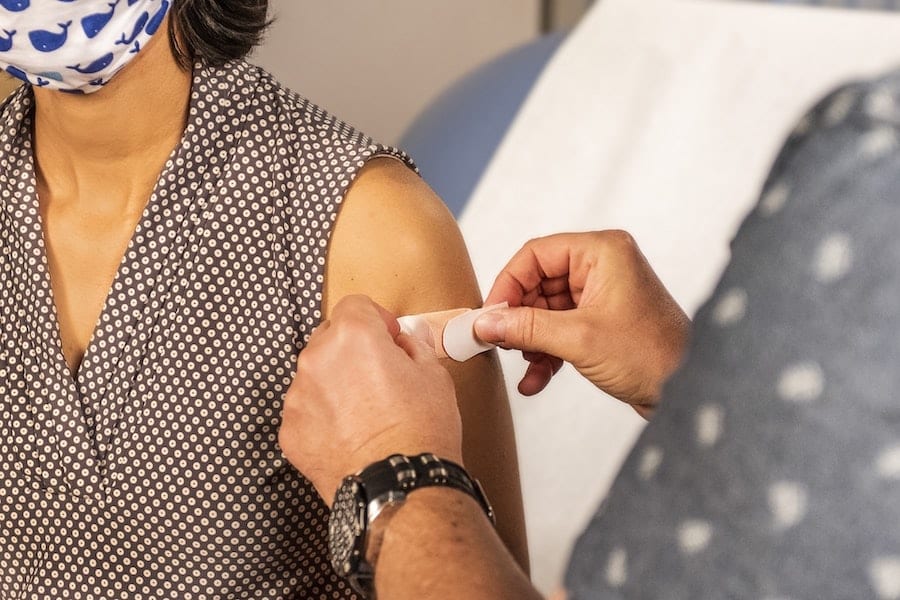 Delay in the rollout of the Johnson & Johnson vaccine in Europe comes as the European Union Commission announces it will not renew contracts with the US pharma giant and Astra Zeneca over blood clotting worries.
American pharmaceutical company Johnson & Johnson announced on Tuesday a voluntary delay in rolling out their single dose coronavirus vaccine in Europe amidst concern about serious blood clotting issues, similar to those experienced with the Astra Zeneca jab.
“We have been reviewing these cases with European health authorities,” the company said. “We have made the decision to proactively delay the rollout of our vaccine in Europe.”
It comes as hundreds of thousands of doses were intended to hit European shores in the coming weeks, 600,000 of these earmarked for France. The country has already received 200,000 doses of the J & J jab and, according to a government source, authorities still plan to use them.
“The doses, which arrived earlier this week, are being shipped to city general practitioners and to chemists,” French government spokesman Gabriel Attal told reporters.
The European Medicines Agency, the body that evaluates the safety of vaccines and other medications, had already begun a review on the J & J vaccine to assess reports of blood clots, saying reports point to a “safety signal, but it is currently not clear whether there is a causal association between vaccination”. The EMA added that they were investigating the cases and will decide “whether regulatory action may be necessary.”
Meanwhile, the European Union Commission said Wednesday that it will not be renewing contracts for Covid-19 vaccinations from either Johnson & Johnson or from beleaguered British-Swedish company AstraZeneca, according to a source at the Italian Health Ministry as reported by Italian daily La Stampa.
“The European Commission, in agreement with the leaders of many (EU) countries, has decided that the contracts with the companies that produce (viral vector) vaccines that are valid for the current year will not be renewed at their expiry,” the newspaper reported.
The focus, they say, will be on inoculations that use the messenger RNA technology rather than viral vector ones, such as the doses made by J & J and Astra Zeneca.
The President of the EU Commission, Ursula Van der Leyen, said the EU was in talks with BioNTech and Pfizer for new contracts to supply 1.8 billion doses.
“We need to focus on technologies that have proven their worth. M-RNA vaccines are a clear case in point,” she said.