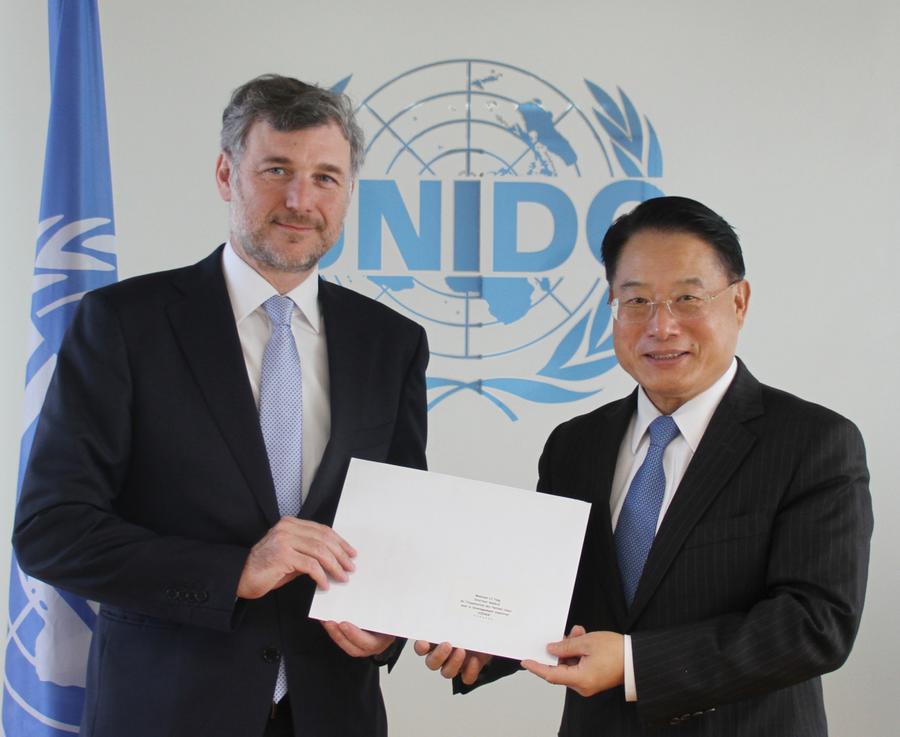 Monaco’s Frédéric Labarrère has presented his credentials to two offices of the United Nations.
Permanent Representative of the Principality of Monaco to the United Nations and international organisations in Vienna Frédéric Labarrère presented his Letters of Accreditation to Ghada Fathi Waly, Director General of the Office of the United Nations in Vienna and Executive Director of the United Nations Office on Drugs and Crime (UNODC) and to Li Yong, Director-General of the United Nations Industrial Development Organisation (UNIDO) in two ceremonies held last week.
After the official swearing in ceremonies, the new Ambassador, who was accompanied by Minister-Counselor Lorenzo Raveno, talks were held between the delegation from Monaco and the two international organisations.
During the first meeting, the newly appointed Ms Waly took the opportunity to thank the UNODC for the support in several projects the Prince’s government has a part in. She singled out two projects that are particularly successful – the fight against human trafficking in Senegal and the strengthening of the Sahel region’s criminal justice system.
Mr Li took time in the second conference to applaud the good relationship UNIDO and Monaco enjoy. The Director-General talked about his priorities, namely the fight against poverty and the need for immediate response to the climate change issues facing the planet.
For his part, Ambassador Labarrère assured the representatives from both organisations of Monaco’s complete support of their endeavours.
UNODC, founded in 1997, is one of the main players in the fight against illicit drugs and international crime. It is also the body responsible for the United Nations program against terrorism.
UNIDO is responsible for promoting and accelerating inclusive and sustainable industrial development in Member States.