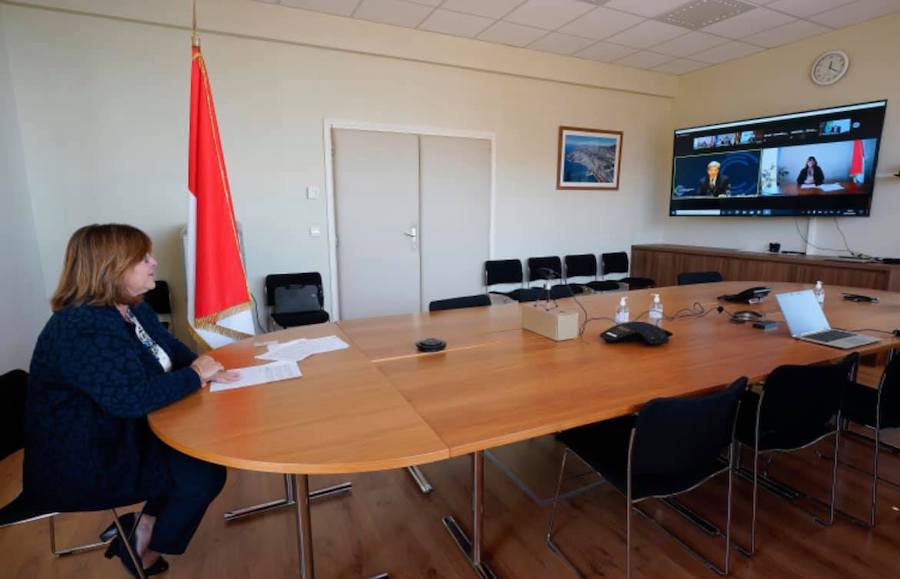 The Principality has shared details of its climate-friendly breakthroughs, and commitments to go further, during a climate summit hosted by US President Joe Biden.
The Principality was represented by Environment Minister Marie-Pierre Gramaglia for the two day summit that brought together around 60 countries. From a TV-style set in the White House, President Biden briefly united the heads of global rivals America, China and Russia, on screens, long enough to pledge cooperation on climate.
For its part, the US pledged to cut carbon emissions by 50 to 52% below 2005 levels by the year 2030, essentially doubling its previous promise.
In her video address, Monaco’s environment minister spoke about the country’s commitment to increase its greenhouse gas emissions reduction targets, announced by the Prince last December, by -55% compared to 1990 levels, and carbon neutrality in 2050.
Ms Gramaglia highlighted that the government is targeting three main sectors in this goal: mobility, waste, and energy in buildings.
She also underlined the Principality’s commitment to support aid for developing countries, the least developed countries and small island developing states, which are among the first victims of climate change.
Finally, the minister spoke about the Prince’s decision to increase climate financing regularly over the coming years.
The closing message from the US President Biden was clear to all involved: go forth and spend, and make good on your pledges.
“The commitments we’ve made must become real,” said Biden to leaders of national governments, unions and business executives around the world. “Commitment without doing anything is a lot of hot air, no pun intended. We’re gonna do this together .”
Climate activist Greta Thunberg, who was testifying before Congress on Thursday, challenged world leaders to do more on the climate crisis.

“Unlike you, my generation will not give up without a fight,” she said. “How long do you honestly believe that people in power will get away with it?”