Vanderson: “I want to bring joy to our supporters”

Vanderson: “I want to bring joy to our supporters” 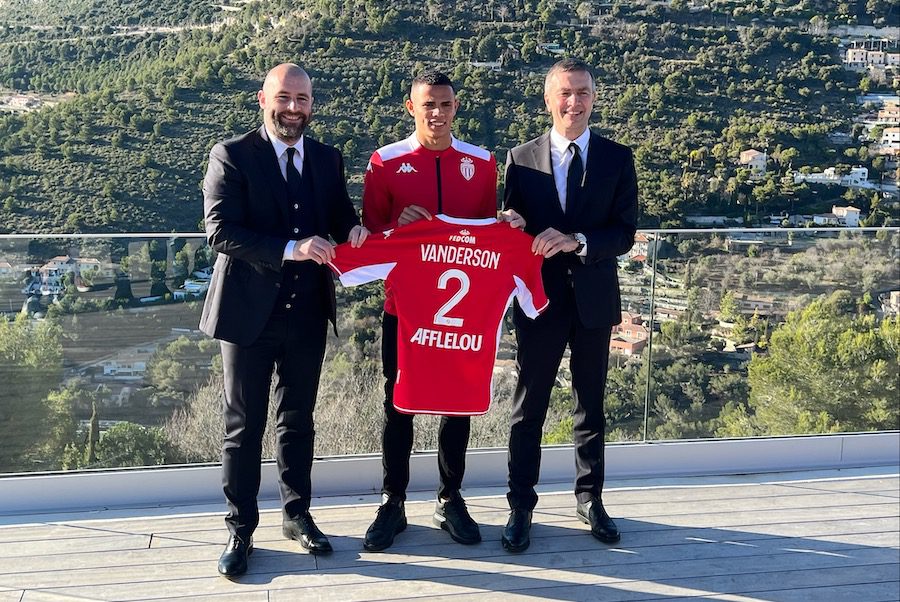 AS Monaco celebrated the start of 2022 with the signing of Brazilian right-back Vanderson on New Year’s Day and on Friday he spoke to the media for the first time.

The new signing began with Vanderson thanking Oleg Petrov and Paul Mitchell for bringing him to the Principality, before he explained his reasons for choosing the side. “Monaco is a big European club, an important club. I want to involve myself in this club, and bring as much joy as possible to our supporters.”

Vanderson will wear the Number 2 shirt previously worn by fellow Brazilian and club legend Fabinho, and the new signing admitted that he had been inspired by his compatriot. “Fabinho, in his game, is a source of inspiration because he had a big impact. He had success and progressed at Monaco.”

Vanderson arrives off the back of an impressive breakthrough season in the Brazilian Serie A. Despite the relegation of his former side Gremio, the Brazilian shone through, registering three goals from right-back, and exciting fans with his dynamic, direct style.

His arrival endangers the future of Djibril Sidibe, and Mitchell told Monaco Life that the Frenchman’s potential departure was factored-in when weighing up the move for Vanderson. “We know that Djibril has a clear contractual situation,” the Englishman said. “We always have to be prepared and to plan for the future.”

The strength in depth in the right-back position should allow Vanderson time to settle-in and adapt to the French league, a process that is being aided by fellow Brazilian’s Caio Henrique and Jean Lucas. “They (Henrique and Lucas) have been a big help since my arrival, for my adaptation and on a daily basis with the group.”

The context of his arrival, coupled with his undoubted talent will allow the Brazilian time to assimilate without a burgeoning pressure to immediately produce match-winning performances for Monaco. Although fans will undoubtedly be treated to glimpses of his capabilities between now and the end of the season, expectations should nevertheless be tempered in the short-term. The hope around the club is that this developing young talent will help propel Monaco to longer-term success.