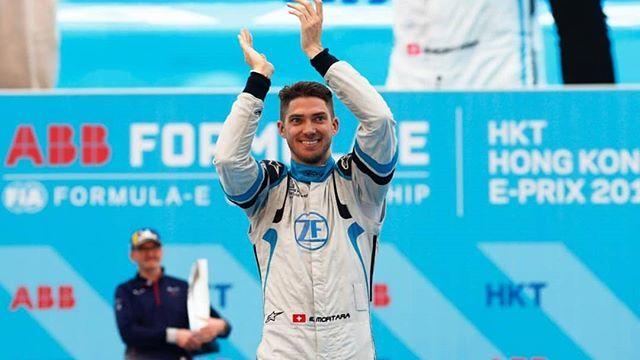 A post-race penalty for Envision Virgin Racing’s Sam Bird has given Edoardo Mortara victory in Hong Kong, the first for Monaco’s Venturi in Formula E.

Bird crossed the line first after a race-long duel with DS Techeetah’s Andre Lotterer, which came to a head on the penultimate lap when the Envision Virgin Racing driver made contact with the rear of Lotterer’s car during an attempted move for the lead.

A few corners later Lotterer’s right-rear tyre let go and he dropped to 14th and last on the final lap.

After the race the stewards gave Bird a five-second time penalty, dropping him to sixth.

“The driver of car 2 had a direct hit with the right rear tyre of car 36 resulting in an immediate puncture,” read the stewards’ report.

“It is acknowledged that the track was damp in certain areas, however car 36 left more than a car width to the inside. As a result, we find that the driver of car 2 was predominantly to blame for the incident.”

Bird’s point for fastest lap means he retains the lead in the drivers’ championship by one point over Mahindra’s Jerome d’Ambrosio, who was part of a red flag-inducing incident between team-mate Pascal Wehrlein and Geox Dragon’s Felipe Nasr.

Virgin also has the lead in the teams’ championship by 11 points over Audi Sport Abt Schaeffler, who jumped Mahindra to second in the standings.

The penalty elevates Mortara to the top spot, making it his and Venturi’s first win in FE.

The Italian-Swiss driver came up from sixth on the grid after receiving a three-place grid penalty for failing to slow to 50kph under red flag conditions in qualifying.

He passed Audi’s Lucas di Grassi and the two Venturi-customer HWA Racelab cars of Gary Paffett and polesitter Stoffel Vandoorne before closing in on the lead battle in the final laps and securing second after Lotterer received his puncture.

di Grassi is now classified second with Robin Frijns promoted to the podium. Daniel Abt is fourth while Felipe Massa, who needed suspension repairs on his Venturi during the red flag period after contact on the opening lap of the race, scored his best FE finish in fifth.

This article first appeared in FormulaSpy.com 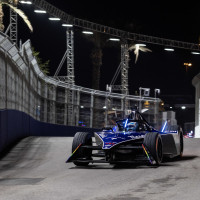