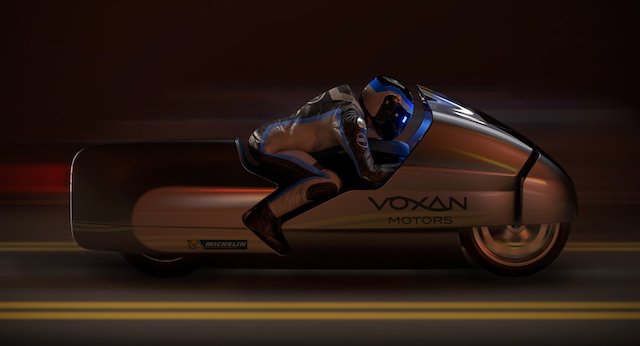 Voxan Motors – a part of the Venturi Group – has announced that it will postpone its electric motorcycle world speed record attempt because of the Covid-19 crisis.

The Voxan development teams that have been “fine-tuning” their newest electric motorbike are currently, like the rest of the Principality, under confinement. As they are no longer able to make necessary adjustments to the Voxan Wattman motorcycle on the track, they have taken the decision to delay the world speed record attempt that was set to take place in Bolivia in July of this year.
“The health and safety of my teams is paramount,” said Gildo Pastor, President of the Venturi Group. “We will establish a new calendar of operations as soon as the health situation allows it, and announce the new operational arrangements for this project, which is very important to me personally.”
The world speed record that the Voxan team is trying to break is in a very specific category: electric motorcycles propelled by the action of one wheel in contact with the ground, partially streamlined, under 300kg (661 lb). This record currently belongs to Lightning Motorcycle’s SB220, which reached speeds in excess of 327 km/h back in 2013.


The attempt in July was to be made by Max Biaggi on the Uyuni salt flats of Bolivia, with the goal of hitting 330km/h. Whilst incredibly fast, this is not the fastest vehicle made by the crew at Voxan. The company created, in conjunction with a group of Ohio State University students, the Buckeye Bullet which remains the fastest electric vehicle in the world. The bullet car hit an eye wateringly fast 549.4km/h in 2016 and no one has touched it since.
Despite the delay, the Venturi Group has had an exciting 20th anniversary year with the official opening of itsnew Monaco facility earlier this month. Situated over 1,100m2 on the ground floor of the Gildo Pastor Centre in Fontvielle, the new digs represent a new era for the company and is home to Venturi, Voxan and Formula E team ROKiT Venturi Racing.

Gildo Pastor handed the important task of creating the layout and architecture of the new facilities to Sacha Lakic, the French designer known for his achievements in fields as diverse as architecture, art de vivre, automobiles and motorcycles. Every Venturi and Voxan machine built has been designed by Sacha Lakic.
“I created a place that embodies Venturi’s values: innovation, technology, and environmental responsibility,” said Sacha Lakic, Venturi Group Designer. “This space is a place for sharing and exchanges, that symbolises our vision of mobility, our know-how and our future challenges. The eco-designed layout creates an atmosphere conducive to collaboration and creativity. It’s a unique place in which the most ambitious projects will gradually come to fruition.” 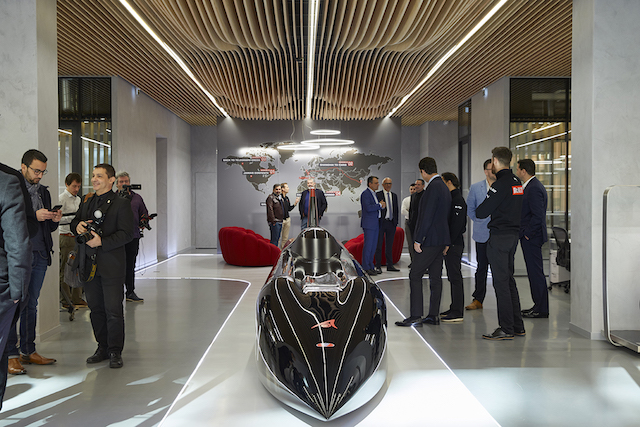 In the centre of the showroom sits Venturi’s flagship creation: the VBB-3, the fastest electric vehicle in the world (549km/h). The 11-metre-long “rocket” forms the backbone around which the Venturi and Voxan workstations are laid out.
Behind the space occupied by Venturi and Voxan is the second part of the building, home to ROKiT Venturi Racing, the Formula E team helmed by Susie Wolff. At the heart of this “competition” department is the team’s simulator, a vitally important piece of kit so central to race preparations that the rest of the facilities were designed around it. 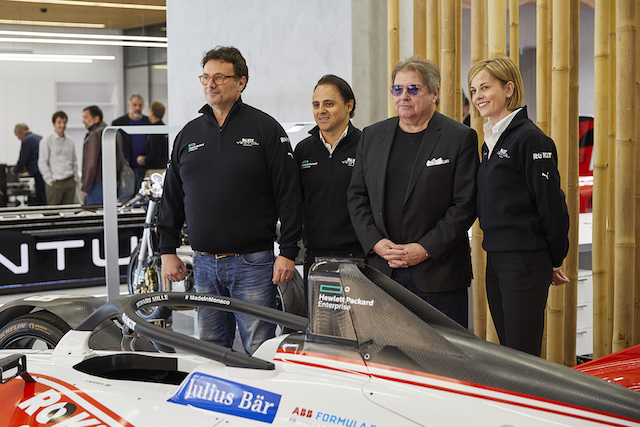 The third and final area of Venturi’s new headquarters houses the mechanics workshops and electronics labs. In this part of the building, hidden away from view, the Voxan Wattman is currently being built – the Monaco-made motorcycle that will one day attempt to set a new world speed record in its category.
“In 2000, when I converted Venturi to electric engines, few believed we had any chance of succeeding,” said Gildo Pastor, President of Venturi Group. “Twenty years on, we are going from strength to strength, and moving into a space that will enable us to grow even further. I am delighted to see the Venturi, ROKiT Venturi Racing and Voxan Motors teams working together in an environment worthy of our ambitions”.