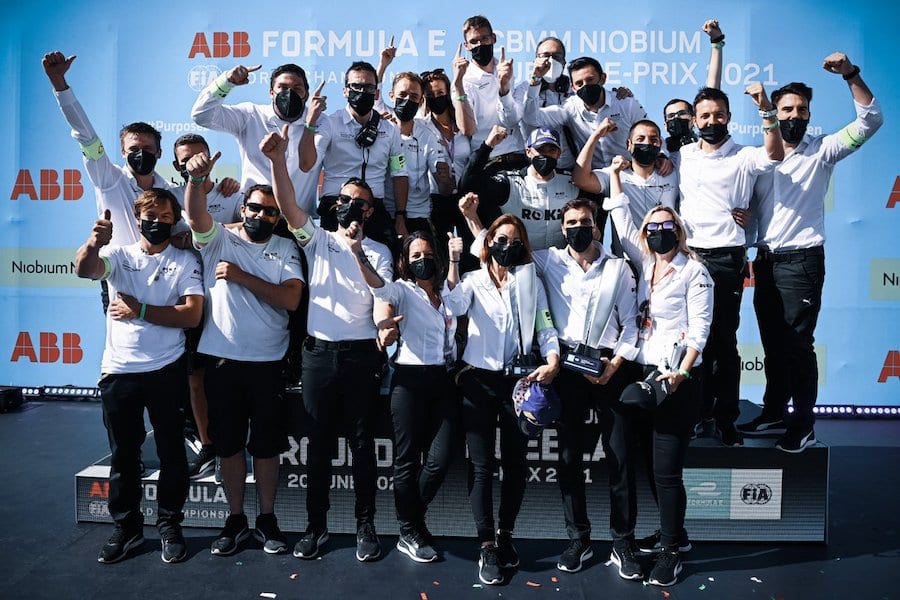 After a six-week hiatus, Monaco-based Rokit Venturi Racing was back in action again for their first Formula E race held in Puebla, Mexico.

Venturi Racing resumed its season seven­ campaign with a trip to sun-drenched Mexico in the season’s fourth double header event at the Autodromo Miguel E. Abed.

Driver Edoardo Mortara was on brilliant form in the qualifiers, progressing to Super Pole twice. This left the team in an incredibly strong position for both E-Prix events. Starting in sixth, he crept his way up to third, giving him his second podium of the season in the first race.

The second race came only one day later, and Mortara started strong from his number three pole position. After an excellently executed race, the Swiss-Italian pilot went on to win the race. He led 27 of the 32 laps in race, giving the team 25 points and putting him in the top spot in the standings, with a 10-point lead over number two driver Robin Frijns.

Teammate Norman Nato finished 14th in the first race and was not able to complete the second race, though he performed well. Nonetheless, their combined points haul has raised the team’s standings from 10th place to 6th literally overnight

This was the first win since season five at the Hong Kong E-Prix, bringing an end to a 834-day winless streak and giving the team a 40 point boost in the standings, the most they have ever had in a single race weekend.

Venturi Racing’s next race will be held in New York City on 10th and 11th July where drivers zip around the streets of Brooklyn with the majestic Manhattan skyline as a backdrop.