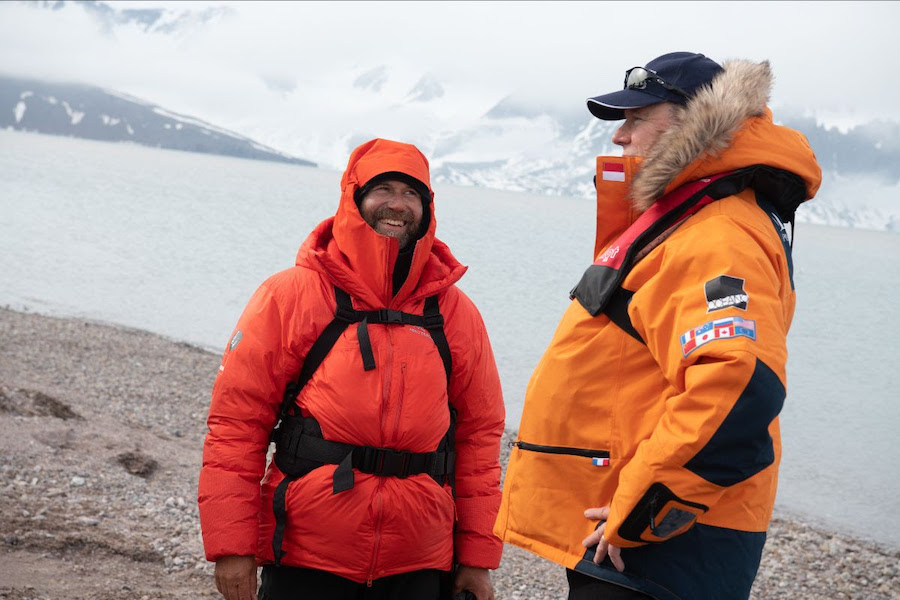 A trekking mission across a remote Norwegian island, first completed by Prince Albert I, has been repeated over a century later by eco-explorer Xavier Chevrin, of Monaco-based Venturi, who was greeted at the end by Prince Albert II.

Strapped into a pair of cross-country skis, eco-explorer Xavier Chevrin took on the task of travelling more than 220 kilometres in the snow to retrace the steps of Prince Albert I on Spitsbergen, a Norwegian island roughly 900 kilometres from the North Pole.

Between 1898 and 1907, the great-grandfather and namesake of Prince Albert II mapped this distant isle from the sea, along the way naming the sites and features that he saw. Included in the list are Grimaldi Mountain, the Monaco Glacier, Prince Albert I Mountain and Princess Alice Mountain.

“We are honoured to have paid tribute to Prince Albert I through this exceptional adventure,” said Gildo Pastor. “Everything I do with Venturi, I do for my country, to raise the Monegasque flag high. I wanted to show Prince Albert II the esteem I have for Prince Albert I; for the work he has done in favour of sustainable development, a work that our Sovereign tirelessly pursues.”

On Sunday 26th June at 11:30am, at the bottom of Princess Alice Mountain, Xavier Chevrin was welcomed by Prince Albert II. The Sovereign was accompanied by the President of Venturi, Gildo Pastor. The three men have much in common with “The Explorer Prince, Prince Albert I, including the defence of the environment, a passion for adventure and a knack for teamwork.

“I am proud to have worn the colours of Venturi and the Principality to pay tribute to the memory of Prince Albert I,” said Chevrin of his trek. “As a representative of Monaco, I achieved two world firsts linked to the Principality: with my guides, we climbed the ‘Kapp Guissez’ thus named in homage to Lieutenant Théodore Guissez, member of Albert’s crew, and we also set foot on the Albert I glacier.”

The time after the trek was spent swapping stories and experiences, notably Chevrin’s observation that less than a thousand kilometres from the North Pole there was a dramatic absence of coastal ice.

The trek and the participants were worthy of The Explorer Prince, and would have no doubt made him proud today.