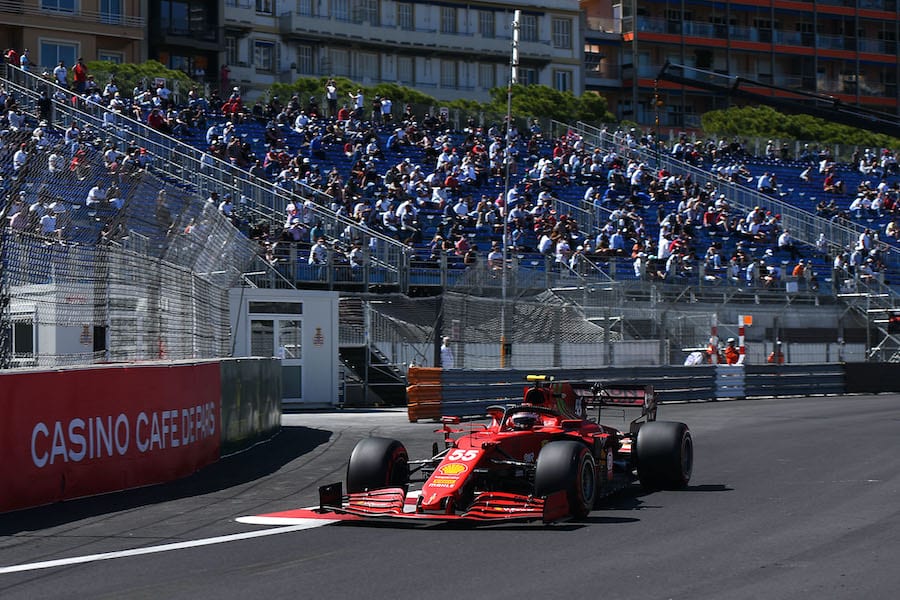 Red Bull’s Max Verstappen claimed his maiden Monaco Grand Prix win over the Ferrari of Carlos Sainz and McLaren’s Lando Norris, with Ferrari polesitter and home hero Charles Leclerc failing to take the start after suffering a pre-race driveshaft issue.
Starting effectively from pole after Leclerc’s cruel side-lining, Verstappen out-muscled Mercedes’ Valtteri Bottas off the line to take a lead that he would only briefly relinquish in the pit stops, Verstappen claiming his second win of the season, and his first ever podium in Monaco.
“You always want to win this Grand Prix. I remember when I was very little already watching this Grand Prix. Standing here I’m very proud but I’m also thinking ahead it’s still a very long season. Of course, it’s a great way to continue,” said Max Verstappen after the race.
In an off-day for world champions Mercedes, a disgruntled Hamilton could do no better than seventh (the same position he started) to lose his lead of the championship to Verstappen – who now heads Hamilton 105 points to 101 – while Bottas had even worse luck, after a stuck right-front tyre in his pit stop forced him into retirement.
That left former McLaren team mates Sainz and Norris P2 and P3, Sainz now at Ferrari salvaging the day for the Scuderia to take his first podium in red, while some brilliant strategy from Red Bull allowed Sergio Perez to overcut his way from P8 to P4 in the pit stops.
Aston Martin’s Sebastian Vettel did similar to take P5, for by far his and his team’s best finish of the year – Vettel maintaining his record of never being classified lower than P5 in a race he’s finished in Monaco – while AlphaTauri’s Pierre Gasly was able to hold off Hamilton’s Mercedes to claim P6, Hamilton salvaging a bonus point for fastest lap after a late second stop.
Starting on hard tyres from P13 paid dividends for Lance Stroll, who made a 58-lap stint work to claim P8 and add to Aston Martin’s joy in Monte Carlo. He finished ahead of the Alpine of Esteban Ocon, while Alfa Romeo’s Antonio Giovinazzi took Alfa Romeo’s first point of the season after claiming 10th.
For Verstappen, though, Leclerc’s DNS in Monaco provided him with a golden opportunity – and the Dutchman didn’t falter, defiantly hitting back in the title fight against Hamilton, and adding a Monaco Grand Prix win to his CV for good measure.