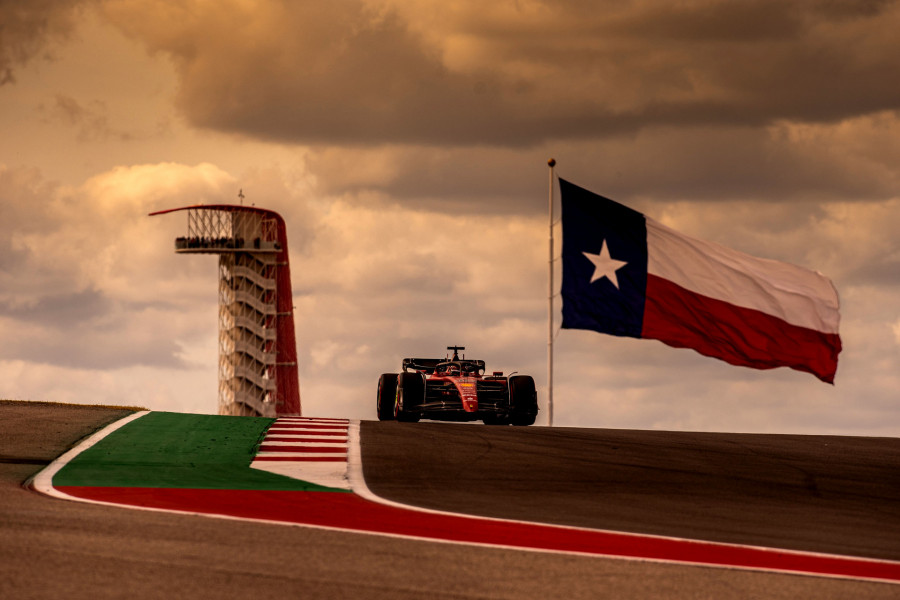 Max Verstappen pulled off a late overtake on Lewis Hamilton to secure a record-equalling 13th victory of the season, which also sealed Red Bull’s constructors’ title.

Red Bull made heavy work of the victory, which was registered just hours after the death of the team’s founder Dietrich Mateschitz, in what was an emotionally-charged afternoon at the American Grand Prix.

Verstappen, as he so often has been this season, was clearly the fastest on track. It looked as though no one would stand in his way as he attempted to equal Michael Schumacher’s 13 wins in an F1 season.

The Dutch driver was aided by an opening corner crash involving George Russell and Carlos Sainz. Whilst the Brit escaped relatively unscathed, albeit with a 5-second penalty, Sainz’s race was ended. Yet another Ferrari pole would go unconverted, although there was nothing that they could have done about it on this occasion.

Sainz was out of the picture, whilst Charles Leclerc, starting 12th on the gird following a grid penalty, was in contention for the podium, but not for the race win.

The Monégasque’s efforts to come through the field were aided by two safety cars, the second brought out following a heavy incident between Lance Stroll and Fernando Alonso. The latter miraculously managed to continue, although after finishing in the point-scoring positions, he was handed a heavy 30-second penalty due to the unsafe conditions in which his Alpine limped to the line.

At the front, Verstappen looked to be easing to victory, but a rare Red Bull error during his last pit stop left him with time and positions to make up. Following the 11-second stop, he came out behind Leclerc. However, a lot has changed since the start of the season, and the ease with which Verstappen made the pass was symptomatic of the different trajectories that Red Bull’s and Ferrari’s seasons have taken.

With the laps ticking down, Verstappen honed in on Hamilton, evoking a sense of nostalgia from last year’s fierce title rivalry. But the thing about nostalgia is that it is merely a replication of the past, and it certainly isn’t the present.

Whereas last season the pair were evenly matched, the Mercedes, whilst improved is nowhere near the Red Bull. The overtake predictably completed, Verstappen took the chequered flag, registering his record-equalling victory and securing Red Bull’s first constructors’ title since 2013.

Hamitlon took second and Leclerc, in an impressive recovery drive, finished on the bottom step of the podium.

Speaking post-race, Red Bull team principal Christian Horner said, “When we learned of Dietrich’s passing, it was emotional for the whole team because he’s such a giant of a man and has done so much not just for Red Bull Racing, but also for F1.”

He continued, “We felt determined to go out and really honour him in a way that would make him proud so there were no black armbands and no minute’s silence. There was the embodiment of celebrating him, and the best way to do that was the performance on circuit. After eight long years, we have never stopped believing, and never lost sight of our goals, which were to get back on to the top of both world championships and we’ve done that.”

With both titles secured, the grid next heads to Mexico, where Verstappen will be looking to be the outright custodian of the season wins record.