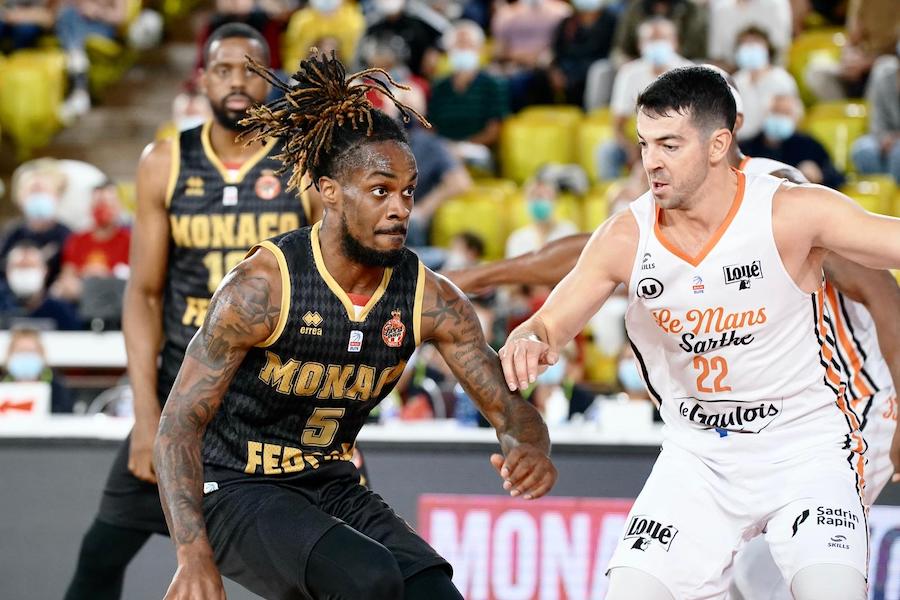 After a long road trip that saw two wins and a loss, including a EuroLeague victory over the Kazan Unics, AS Monaco Basketball was back at home on Sunday and took serious control over Le Mans, beating them 81 to 70 in Betclic Elite action.

Le Mans opened scoring but were quickly overtaken with two three-pointers by Lee, and the quarter proceeded much in this way with the opposition never taking the lead. The quarter ended with the Roca team in the lead 23 to 18.

The second quarter saw a reenergised Le Mans and they come out swinging, but not hard enough. Ibrahima Fall Faye made two amazing free throws followed by a monster of a slam dunk by Donta Hall. The crowds at Gaston Médecin were going wild, but things slowed a bit as Fall Faye was called out on a penalty. This turned out to be less-than-dramatic though as Le Mans was also racking up the fouls.

The aggressive play proved to be entertaining and as the second period came to a close, the two teams were neck and neck with 41 points each.

Upon the return from the locker room, Monaco found themselves in the bizarre position of falling behind. Things were not looking great for the Roca team as they simply weren’t able to stop Le Mans’s offense. Finally, it was Donta Hall who broke the spell and put his team back in the lead.

This had an effect on the rest of the team and from this point on, they soared. By the last two minutes, the win was sewn up. As the buzzer sounded, Monaco fans cheered their 81 to 70 victory.

“In this match there were ups and downs, that we managed to turn in our favour,” said Coach Mitrovic. “Against Roanne, there hadn’t been a lot of ups, and against Levallois it was just downs. It wasn’t all perfect, but I repeat, I’m happy with how we played. It must be remembered that this is a new team, still learning.”

Danilo Andjusic was high scorer on the night with an incredible 20 points under his belt. He was followed by Paris Lee who had an equally impressive 17 points.

The Roca boys are back on the road again to go up against Real Madrid in EuroLeague play on Wednesday.