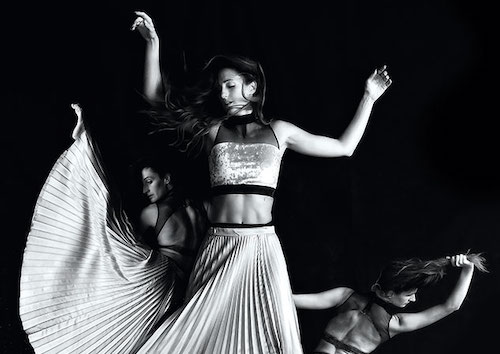 Monaco has launched an awareness campaign as part of the International Day for the Elimination of Violence against Women, and it has attracted the support of a range of key sporting personalities in the Principality.

According to statistics group IMSEE, 26 cases of violence against women have been logged so far this year by the Monaco Public Security Department regarding people residing mainly in the Principality. In more than half of cases, the violence is physical, while a quarter of the incidents involved sexual violence.

As part of Monaco’s continued efforts to combat the crimes, Céline Cottalorda, Delegate for the Promotion and Protection of Women’s Rights, has introduced a video campaign on the theme ‘Confronting Violence Against Women, Let’s Act’.

The campaign was launched ahead of the International Day for the Elimination of Violence against Women, which is being observed on Monday 25th November.

The video uses dance to metaphorically explain the suffering of women who are victims of physical, mental or sexual abuse and includes a hashtag, #ViolenceFemmeJagis, in an effort to help the video go viral. The dance was performed by Alessandra Tognoloni, soloist from the Ballets de Monte-Carlo, and choreographed by Marguerite Ferreira Boffa.

The meeting was punctuated by the support of many illustrious residents including Isabelle Bonnal, Director of National Education for Youth and Sports, Karine Chatenet, President of the Soroptimist Club of Monaco, and Yakuba Ouattara of Roca Team.

Monaco’s sports community have also committed themselves to the cause, and personalities such as Saša Obradović, Roca Team Coach, AS Monaco Basketballers Dee Bost and Yakuba Ouattara, and Roca Team General Manager and Executive Director Oleksiy Yefimov participated in the campaign by recording a message of support in their native languages.

Additionally, two interactive theatre performances will be held on Monday at the Princess Grace Theatre. The first, organised by the Department of National Education, Youth and Sports, is for high school students and will speak about virtual meetings and is at 2:30pm. The second is at 6pm, is free and open to the general public covering the topic of domestic violence. Both presentations ask for audience participation, turning the public from passive viewers to “spect-acteurs”.

The Principality has long been associated with the International Day for the Elimination of Violence against Women and has been a defender of the rights of women through both government actions and the work of private organisations.