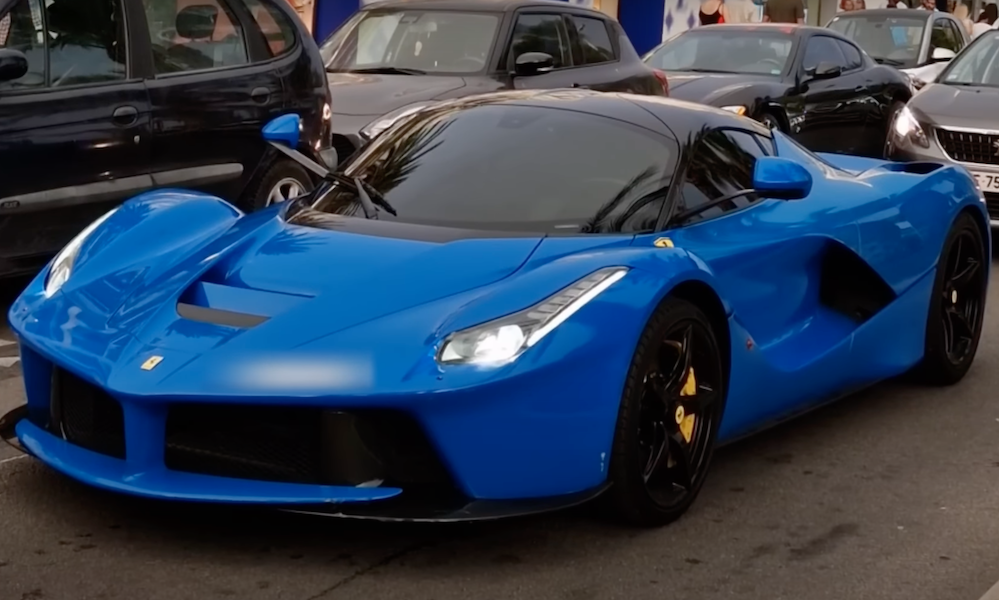 A hapless valet near Casino Square has crashed a LaFerrari worth over €3 million in front of the hypercar’s furious owner… and it’s all been caught on video.

The valet on Monaco’s Avenue des Spélugues, just off Casino Square, had an incredibly bad night when he crashed a client’s 2013 Ferrari, sold originally for just over €1 million but due to the car’s rarity is now worth upward of €3 to €5 million, into a couple of scooters, one with the driver still sitting on it.

The incident was filmed in its entirety and has now gone viral.

The valet had slowly pulled the electric blue LaFerrari model, a hybrid hypercar that has come to be seen as a modern classic, to a stop next to the curb, leaving the ignition on. After a short time, the valet climbed out and started to close the butterfly door, at which point the 950 brake-horsepower monster began to move forward.

As the valet panicked, he attempted to jump back in to the moving vehicle, but the Ferrari ploughed into two scooters parked a few metres away. One man had to jump to avoid being hit by the car.

It all unfolded in front of the Ferrari’s owner, who came running from across the road shouting profanities and demanding the valet get out of the car.

No one was hurt, except the valet’s pride and the owner’s wallet and only minor damage was sustained on the nose and downforce generating front splitter. On a car such as this though, even those small repairs are likely to be expensive, perhaps tens of thousands of euros.

It is unclear how this whole episode happened in the first place, but speculation by those who have seen the video leans toward the attendant simply not being able to engage the electronic handbrake or that the car had been left in automatic mode and the handbrake either failed or had not been correctly put on, which led to the car moving forward when the door was closing.

The LaFerrari is one of three trailblazing vehicles that uses hybrid power whilst still maintaining impressive levels of performance.

Released alongside the McLaren P1 and the Porsche 918 Spyder, the three cars are referred to as the “Holy Trinity” and paved the way for a new, electrically charged era of hyper cars.

The Ferrari was spotted the next morning cruising the streets of the Principality, so no real harm done, but the video lives on for the world to see.