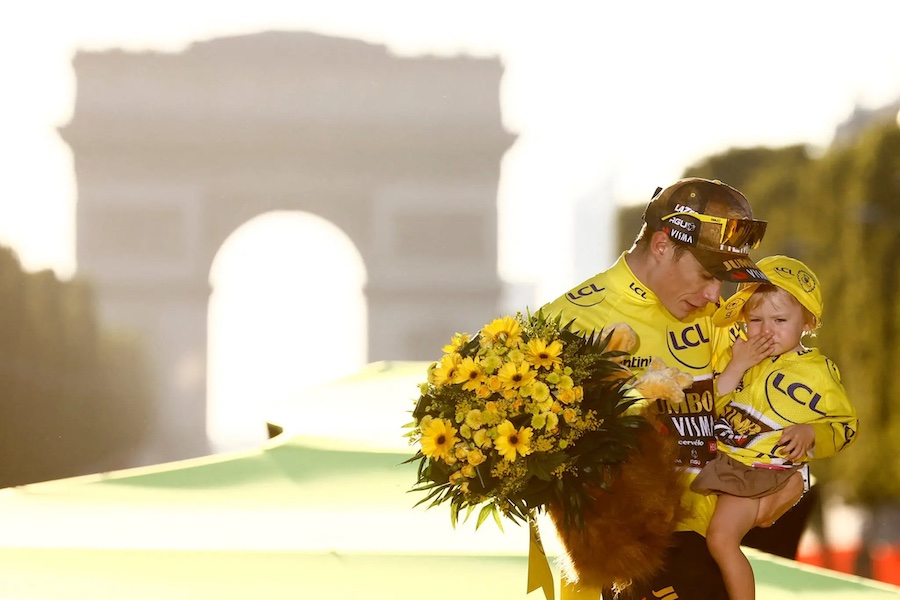 Pogacar, who was looking to secure his third consecutive Tour de France yellow jersey, had to settle for the second step on the podium and the white jersey for the best young rider. The Slovenian cyclist finished two minutes 43 seconds behind his Danish rival.

Welshman Thomas finished third, his third podium finish in the world’s most prestigious tour. But this tour belongs to Vingegaard, who hasn’t looked back since wrestling the lead from Pogacar on stage 11 of the three-week tour. He won three tour stages to become Denmark’s second tour winner after Bjarne Riis in 1996. Vingegaard also sealed the polka dot king of the mountains jersey, whilst his team-mate Wout Van Aert won the points classification green jersey.

In the final stage of this year’s tour, Vingegaard rode into the French capital with the title wrapped-up. It is convention that the final stage is a merely processionary event in the fight for the yellow jersey. However, there is still one final sprint to compete for on the cobbles of the Champs-Elysèes.

Jasper Philipsen came out the comfortable winner in the final sprint of the tour, before Vingegaard crossed the line alongside his Jumbo-Visma team-mates.

Post-race, Vingegaard said, “It’s just incredible. I’ve finally won the tour. It is the biggest cycling race of the year, the biggest one you can win, and now I have done it. Nobody can take this away from me.”

2018 champion Thomas, who like many in the peloton resides in Monaco, savoured another podium. He said, “I can see that I’m much closer to the end of my career than the start so I’m really making the most of it. I just want to soak it all in and enjoy days like this because they don’t come around too often.”